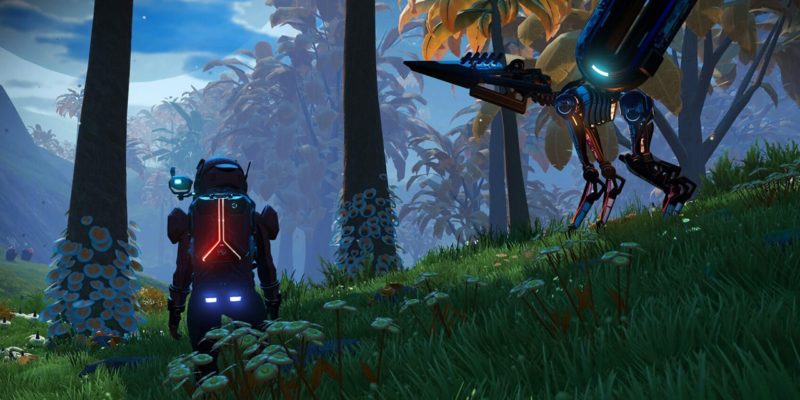 With the transition into the next generation of consoles right around the corner, many developers are using the opportunity to freshen up their games. Amongst these studios is Hello Games, developer of the popular space sandbox, No Man’s Sky. No Man’s Sky: The Next Generation is coming soon, but it’s not just console gamers who’ll benefit from it.

As part of the update, the PC version will also receive a number of visual enhancements. This free upgrade will improve No Man’s Sky‘s visual fidelity when playing on ultra settings. The main changes focus on improving texture quality and the level of detail for any surrounding geometry.

No Man’s Sky: The Next Generation

Although the improvements likely won’t be as drastic for PC, they are still welcome. No Man’s Sky had somewhat of a draw distance issue with items popping in on occasion. Also, the surfaces and environments often felt little barebones at times. This update looks to address both of those key issues.

More so, the promised changes aren’t just limited to visual upgrades. No Man’s Sky: The Next Generation will also allow players to construct larger and more complex builds than ever before.

Also, continuing on from the cross-play update introduced last June, the next-gen versions of No Man’s Sky will also support it. That means that if you have any friends picking up an Xbox Series X or PlayStation 5, you don’t need to worry about being split apart. You’ll be able to explore the world together just as easily as before.

There’s no doubt that No Man’s Sky has been on a long, difficult journey. But four years after its disastrous initial launch, it’s difficult to criticize the work Hello Games has done. The last free expansion, Origins, was only released just last month and now The Next Generation is on the way too. So if you haven’t had the chance to check it out yet, now’s as good a time as ever.