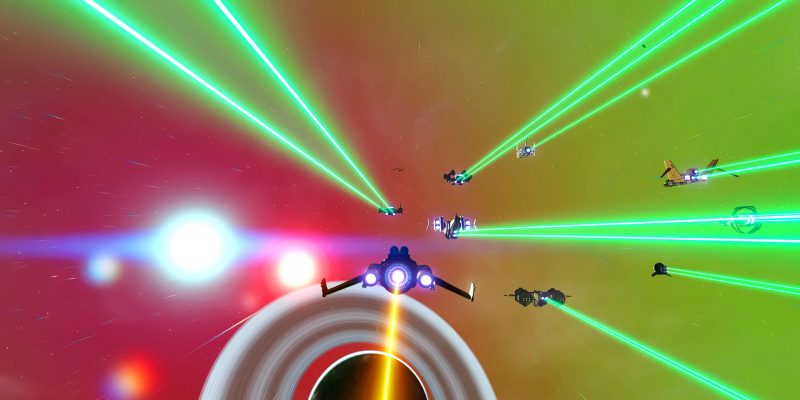 No Man’s Sky doesn’t tend to go on sale below $30 USD for the PC version. I’d take umbrage with that if it weren’t for the fact that it simply hasn’t stopped receiving massive updates since its release. The game is getting update 3.6 soon. That’s quite the version number for something that isn’t an MMO. This latest No Man’s Sky update is known as Frontiers, and not only does it come with significant changes to base building, but you’ll be under attack from throngs of angry (or probably neutral, since they’re machines) robots that likely won’t chant “become as gods” as they throw themselves at the walls.

For the first trick coming to No Man’s Sky with Frontiers, the universe is going to get more lively. You’ll find new populated alien settlements on planets across the game’s worlds. What’s more, you can become overseer of your own settlement, which will allow you to name the place, plus defend it from the aforementioned robots. All of the settlements will be procedurally generated, which is something you definitely already assumed because that can be used to describe everything in this game. They’re supposed to vary by architecture, color schemes, and decorations. They’ll still probably all look the same after you’ve seen a few, though. You can also donate resources to help grow settlements by putting up new buildings.

No Man is a Skyland

As always, there’s so much more than that coming to No Man’s Sky with Frontiers. You’ll find nebulas in space now, additional save slots, better effects when you destroy things, and tons of new parts for bases. The game has also doubled the number of discoveries you can save, plus both the menu and interface for building have been given total overhauls. There’s even more depth to settlements too, as you’ll be able to see what denizens are planning to do that day, plus you can even clear up disputes between them. Head on over to the official site for the full list of changes and additions.