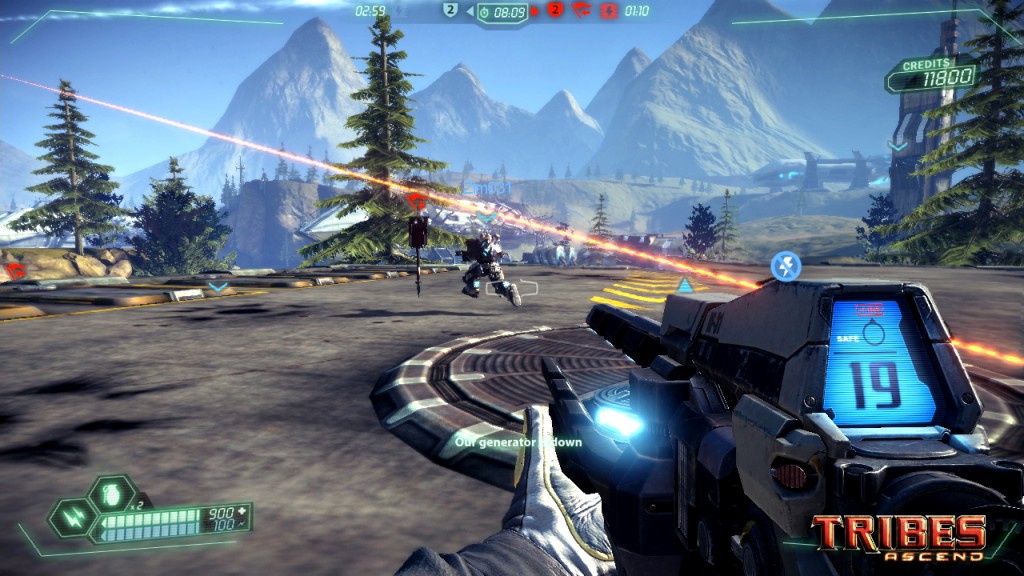 Those damn MOBAs! Shooter fans enjoying Tribes Ascend will be a little pissed off to hear that the shooter won’t be patched for a whopping six months, if at all.

Hi-Rez Studios has decided they need to concentrate in their MOBA title SMITE as it’s currently their primary development focus. Todd Harris from Hi-Rez commented:

There are no major dev updates planned for Tribes: Ascend in the next six months.

For the next six months our primary development focus is SMITE. Beyond that it is GA2. And beyond that a TA2 would be more likely than a major update to TA; but to be clear no devs are currently working toward TA2.

Per the development blog on our forums, the recent TA work has been Kate developing some additional maps. If time allows then these new TA maps (along with some bug-fixes) would be finalized and deployed but no committed date yet.

All indications are that Tribes Ascend could now be done and dusted with no further updates for the game. Reading Todd’s comments, it really doesn’t sound as if the future is that bright for the TA series, just the bare minimum to try and keep players interested before they shuffle off to new FPS pastures.

There is Global Agenda 2 which he mentioned but it’s not quite the same as Tribes now is it. There could be a Tribes drought for a good while, and who knows, it may simply disappear completely once again.

Thanks Blues and the official forums.