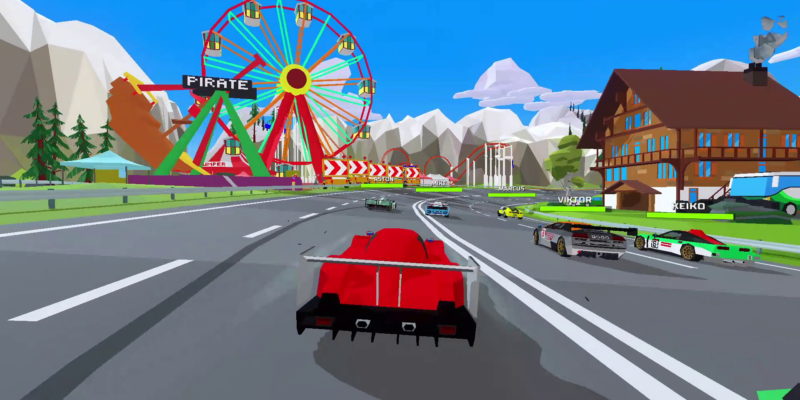 The home console versions of arcade racers were never really good as the original. Sure, they offered something as close as possible to the real thing, however, it was never really as polished. Times have changed, though, and now the most polished version of an arcade racer can be found at home, which is where Hotshot Racing from Lucky Mountain Games and Sumo Digital want to be.

In truly 1990’s arcade fashion, Hotshot Racing sports the same polygonal art style from its predecessors that it draws inspiration from. But, to keep things more on the modern side, the game was designed to perform at 60fps across the multiple platforms it will be releasing on, including the Nintendo Switch.

This same promise doesn’t apply to the online multiplayer modes, though. And, it’s unclear if the PC version of the game will be locked at 60fps or framerates or have an unlocked option.

Not a local-only thing

Hotshot Racing will include an online multiplayer mode outside of the single-player campaign. For some throwback feels, it will also support local split-screen co-op. In the single-player mode, there is a traditional Grand Prix and Time Trial. The timed maps and races will also be supported by online leaderboards. 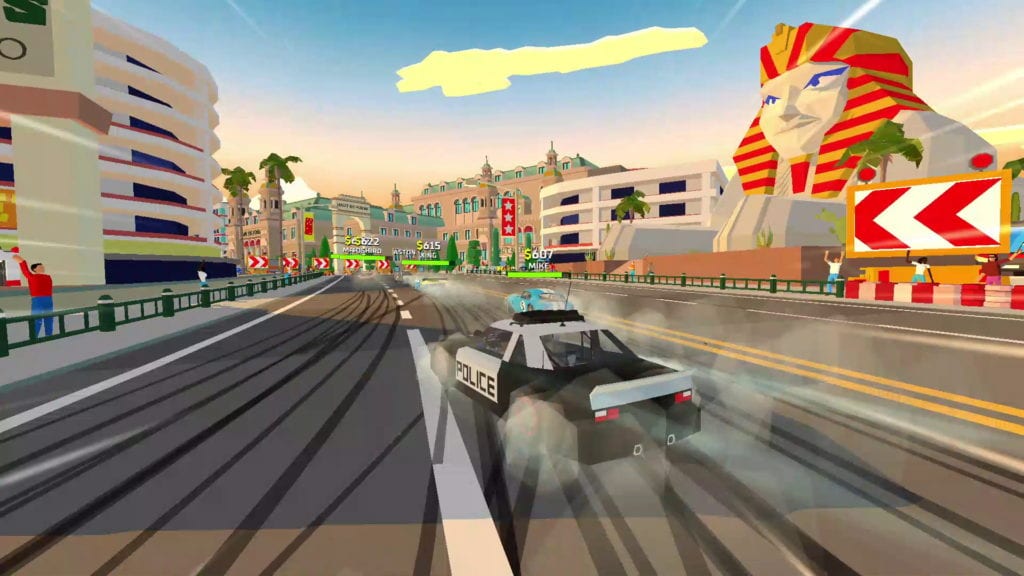 Two of the most interesting multiplayer modes are called “Cops and Robbers” and “Drive or Explode”. In Cops and Robbers, one team will play as the police while the others will play as criminals. The robbers must secure a “cash bonus” while the police attempt their best PIT maneuvers to take them down. Drive and Explode on the other hand, is, well, where you drive and explode. From what it sounds like, it will play much like last place elimination matches or a race to the next checkpoint. If you don’t make the next checkpoint, you explode.

Hotshot Racing will be releasing on Steam later in the spring. Its Steam page is now live and it can be added to your Wishlist.