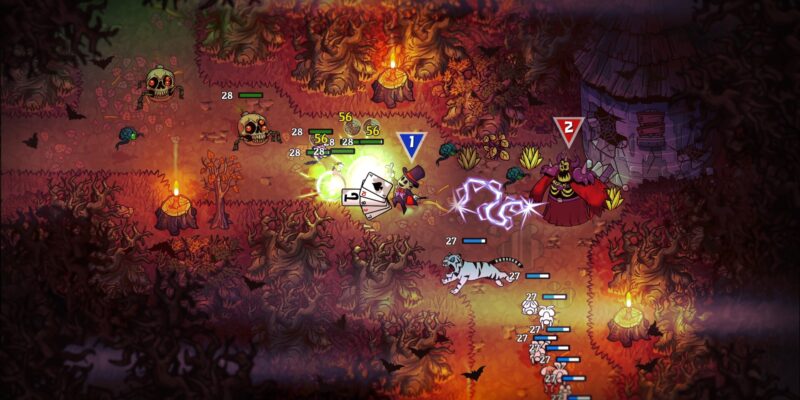 Developer Drinkbox Studios impressed quite a few players when it released Guacamelee, an exploratory beat ’em up game starring a buff luchador, back in 2013. In fact, it proved popular enough that it would eventually spawn a sequel as well as a few crossover appearances in other indie games. Now, Drinkbox Studios hopes to hit it big again with Nobody Saves the World, a co-op action RPG starring “nobodies” who boast numerous transformations. The developers initially aimed to release the game in 2021, but ended up delaying it to 2022 without specifying a more specific release date at the time. That all changes now, as Drinkbox Studios just revealed that Nobody Saves the World will see a release on January 18.

According to a press release, Nobody Saves the World allows players to transform their titular nobodies into over 15 separate forms, including a robot, a rat, and an egg. Each form comes “with its own unique gameplay mechanics,” and players can equip these forms with “over 80 Form abilities to create powerful customized builds.” Controlling “an Egg that can leave a trail of slime and shoot fireballs” represents only one of the many possibilities the game provides.

Additionally, players can “help the strange inhabitants of this world deal with their troubles” by partaking in “unconventional quests.” Different sets of quests exist for each form, and you must use you head to figure out what to do. You can experience the entire game from start to finish through online co-op while listening to Sword & Sworcery composer Jim Guthrie’s soundtrack along the way.

Players who have kept close tabs on Nobody Saves the World will likely be elated to hear that the game will finally see a release less than two weeks from now. Hopefully, the game will leave an impression on players much like Guacamelee did all those years ago.