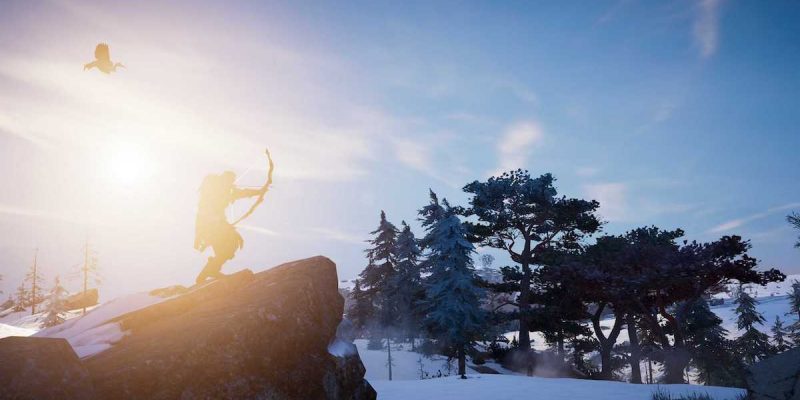 2020’s Assassin’s Creed Valhalla is without a doubt a massive game, both in size and scope. Ubisoft‘s latest entry in the long-running series hides plenty of interesting quests, references, and nods to the game’s history. And if you know your Assassins from your Templars, chances are, you know something about the ancient race known as the Isu. References to the mysterious figures are present in Assassin’s Creed Valhalla, and brought more than just mysteries and lore to the game. Players recently discovered a powerful Isu bow that has been hidden in Assassin’s Creed Valhalla called Noden’s Arc, but the proper way of obtaining said bow remained a mystery. Now, that riddle has been solved.

Previously, players looking to obtain Noden’s Arc had to brute force their way to it. This involved whacking a pile of rocks continuously. Plenty of saving and loading was also involved. However, the official solution offers an easier path, although it is quite complicated.

The solution comes via the folks over at Access the Animus. This is the same group that had managed to crack the language of the Isu. With that knowledge, they were one step closer to unlocking the secrets of the Isu bow in Assassin’s Creed Valhalla.

The team managed to decipher a phrase by looking at Isu glyphs branded on several of the bonus items included in the collector’s edition. Simply put, the tool to unlocking Noden’s Arc in Assassin’s Creed Valhalla lies with a sword. The key turned out to be the legendary Excalibur. 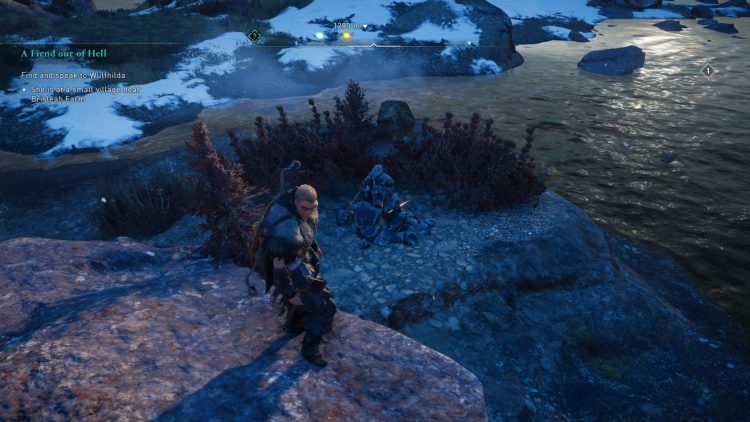 The sword is described as being able to break anything. With this in mind, players concluded that a pile of rocks should not stand in its way.

That said, plenty tried using Excalibur on the rocks, but to no avail. Additional sleuthing was required to discover that the time of day is also important. Swinging the sword exactly at sunset breaks open the rocks to reveal Noden’s Arc. Credit is certainly due to Access the Animus for analyzing the lithographs found in the collector’s edition though.

For those of you looking for something even deeper, there is even more potential backstory to this hidden item. Thanks to the initial discovery by YouTuber JorRaptor, we knew about the bow hiding in Eurvicscire. But what if this video did not exist? How then, would players find out about the Isu bow in Assassin’s Creed Valhalla?

The key lies in the collector’s edition once more. A string of numbers was written both horizontally and vertically on the steel case found in the collector’s edition. These turned out to be map coordinates. When punched it, they indicate the approximate location of the Ubisoft Singapore office. The team in Southeast Asia helped make the Northumbria region, where Eurviscire just so happens to be. The water body even looks like the country of Singapore. Diving even deeper, Ubisoft’s Antoine Henry, who helped develop the Isu language, is based there.

Talk about a wild ride. Kudos to Ubisoft for pulling it all together.