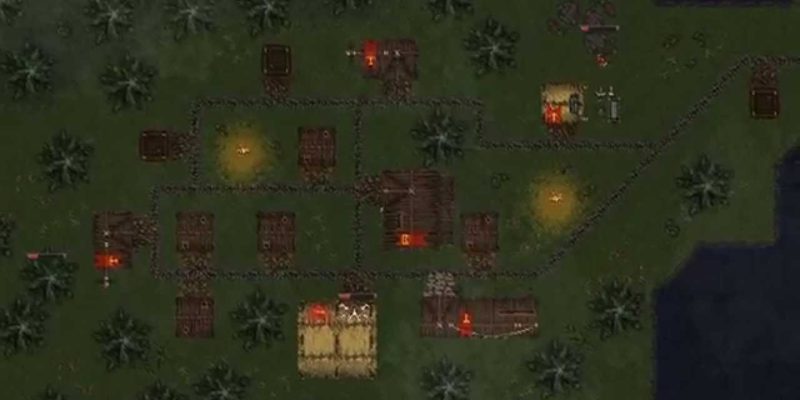 Northward is a top-down, pixel art settlement construction game that’s ultimately intended to be a co-operative affair. It’s not that just yet though, because developers Nemoria (Oknytt) are still making it. They’re also running an IndieGoGo campaign to raise money and help make that process a little easier.

As part of that IndieGoGo push, there’s a pre-alpha demo that anybody can download from the fund-raising site and play. I did that earlier today and have a rather nice time. It’s obviously a pretty early “proof of concept” presentation, as the building and resource types are quite limited, but also shows signs of what the creators intend when they name-drop The Settlers and Banished in their pitch.

You begin your life as settlement manager with a bloke in a hut and a couple of other buildings: the builder’s workshop and a storeroom. It’s slow going at first, because your first instinct is to build another home and get another worker bloke, but to do that you first need more stone and wood. That first guy has to connect both a stone-masonry and forestry building to the existing settlement by roads, then put in a shift at both before he’s able to build a second house and get some help on the scene.

Once you’ve got two lads pumping out resources, Northward’s demo begins to pick up pace. A third house soon follows, but at that point you run out of food (a necessary resource for adding more workers) and there doesn’t yet seem to be a way to gather more of that. Your merry gang of three has to carry the village through to the demo’s end-game, which involves a tower defense-ish attack from the North. This is triggered at your leisure by clicking on an ominous skull, so it’s quite easy to build up a few archery towers in advance (and keep them stocked with arrows made by the Fletcher.)

Whatever this thing is, it doesn’t enjoy being shot with arrows.

If any of that sounds like a fine evening in, then head to the IndieGoGo page and download the pre-alpha build for PC, Mac or Linux. Nemoria is looking for 32,000 Euros to get the project finished.

TOXIKK offers nothing but could offer everything – 1990s FPS style