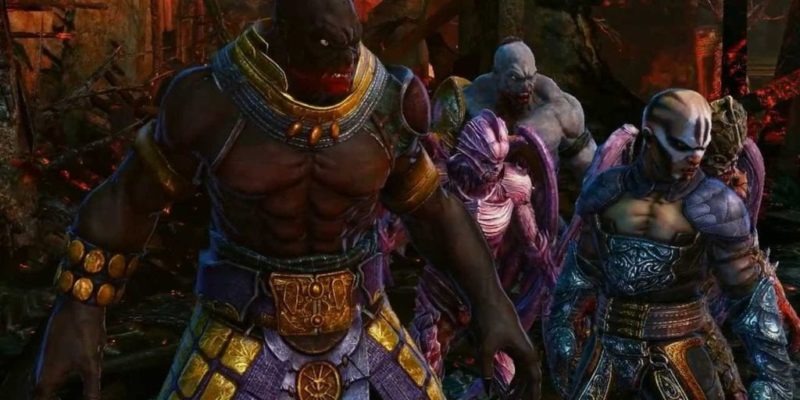 What with being a free-to-play competitive multiplayer game, Nosgoth might not be what Legacy of Kain fans have been waiting for in terms of a successor to the much-beloved series. On the plus side, it might not be that long before they can try it for themselves and decide if it’s truly heretical, because development is moving along swiftly.

Nosgoth has been in closed alpha for awhile, and Square Enix have just released a brand new trailer – titled War Is Upon Us – showing off the current state of the game. This basically means 50 seconds of men shooting at horrific vampire mutant beast monsters, and horrific vampire mutant beast monsters shredding men with their claws and fangs and whatnot. You can see it below.

This trailer is apparently to foreshadow the game entering closed beta, which will be happening – and here I quote the press release – “soon.” Italics theirs. You can sign up for the closed beta over on the official website, which I guess will give you a reasonable chance of getting the chance to play this before release.

Queen of the Beggars detailed in new Thief: Stories from the City vid