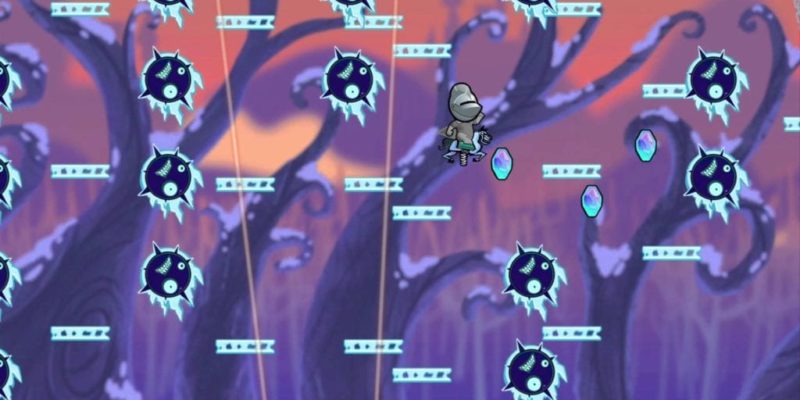 It’s apparently Ubisoft trailer release day today, what with Splinter Cell: Blacklist and Assassin’s Creed 4 getting some show-off trailers, and now Cloudberry Kingdom – a Pwnee Studios-developed platformer that Ubi are publishing – has jumped into the mix with a trailer of its own.

Cloudberry Kingdom sounds like a sweet and cutesy platformer, I’ll grant you, but it’s not. Oh good grief, it’s not. Inspiration here has been clearly taken from games like Super Meat Boy, with both speed and precision required to survive – but there are some unique twists, too, like procedurally generated levels (which occasionally resemble stages from bullet hell shooters), a bunch of movement types (from pogo sticks to jetpacks), and a hero designer that will apparently change the physics of how your character controls. Although that might just be a reference to the pogo sticks and jetpacks. I’m not sure yet.

I’ve spent a couple of hours playing around with review code and I’d love to tell you my thoughts so far, but I’d be dragged under the Embargo Bridge and devoured by the NDA Trolls so that’s going to have to wait until next week. For now, have a look at the trailer below to see if you’ll be interested in this when its 31 July launch rolls around.

Further Confrontation: Cyanide would like to tell you about Aarklash Legacy