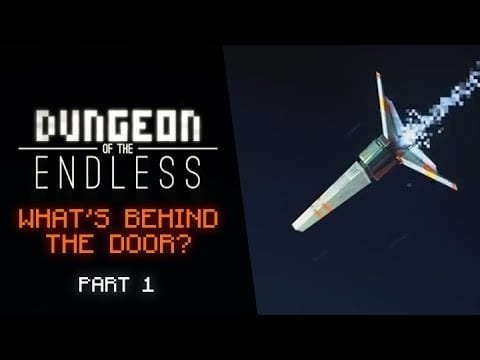 We know that Amplitude Studios (of Endless Space fame) are working on a new game, and we know that it’s called Dungeon of the Endless, and we know it’s going to be revealed at next week’s Gamescom, but – this teaser trailer aside – we still don’t really know what it is.

And this teaser trailer, titled What’s Behind the Door, doesn’t show too much anyway, because that’s how teaser trailers work. It’s a brief cinematic of a spaceship being shot down, and then it cuts to the interior of the craft where the three surviving crew members are a little bothered by a banging at the door…

So… I suppose it looks like it might be a top-down sci-fi RPG, set in the Endless Space universe? And I’m guessing at “RPG” simply because Dungeon of the Endless certainly sounds like an RPG. Every game with “Dungeon” in the title is an RPG. Except for Dungeon Defenders and loads of others, obviously.

Either way, I like the concepts shown in the video. Have a look at the teaser trailer below and see what you make of it.