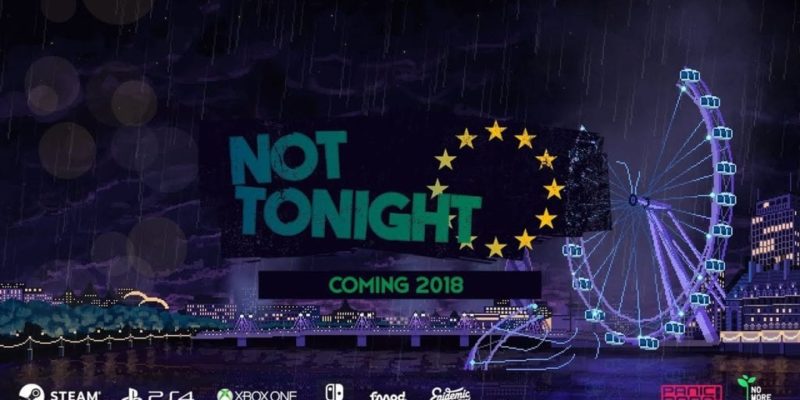 Brexit, Brexit, Brexit, that’s all you hear in the news these days. Rightly so because it’s a big deal for us here in the UK. With 51.9% of the population deciding that being a member of the EU is a terrible idea after voting for promises that cannot be kept, this country is still divided. With it being such a hot topic, a game called Not Tonight has been revealed from developer Panic Barn.

This summer a game called Not Tonight will take gamers to a dystopian post-Bexit Britain where Brexit talks have collapsed and a right-wing government has taken control. EU citizens have been rounded up or exiled and the gig economy is booming as the nation struggles financially. You play as a bouncer who can either conform to the new regime’s rules to stay in the UK or fight in the resistance.

Not Tonight is an interesting concept, and with Brexit now only one year away and the negotiation situation still a mess, let’s hope Brexit never sends us down the path Not Tonight is suggesting. Potential beta testers can also sign-up to test now.

Spec Ops: The Line free on Humble for 48 hours

Why Fortnite Has Taken Over the Battle Royale Genre