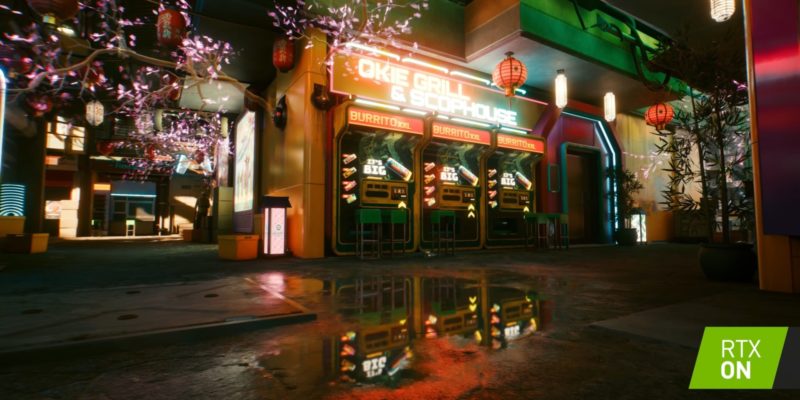 Cyberpunk 2077 will be officially playable for all later today. Naturally, PC players all around must be wondering just how well it will run on their current rigs. So far, it’s been looking like Cyberpunk 2077 may become this generation’s Crysis. It’s a beefy boy, and quite demanding. But how demanding, exactly? It’s really hard to say, since each PC is different. However, Nvidia not only released the driver for the game today, but paired it with a few performance graphics. The images should give most of us a decent idea of what are settings may have to be when running the game. A mild spoiler warning, however: whatever you have might not be enough for what you want.

Nvidia provided three performance cards boasting various graphics options and their respective framerate. The first shows three GPUs running at max graphics and ray tracing in 4K. And the other two display 1440p and 1080p options, respectively. The 4K option for Cyberpunk 2077 is sadly, but not unexpectedly, a bit unrealistic — even with the Series 30 cards. If you’re able to get around 60 fps with these graphics options, then congrats on your RTX 3090 purchase, you lucky bastard. A lot of us can’t even find the damn things.

Let’s do a breakdown of the numbers. Cyberpunk 2077 is going to be a beast, no question. At 4K with everything maxed, even the RTX 3090 will only reach 57.8 fps with ray tracing and DLSS activated in performance mode. Of course, this test was also run using an i9-10900K CPU and 32 GB RAM, so results will indeed vary. On the 1440p side of things (using the same settings), you’ll need an RTX 3080 to get more than 60 fps with DLSS on. Not surprisingly, the best framerates are available if you’re playing in 1080p. Most GPUs on the list reach above 60 fps, even with maxed out graphics and ray tracing enabled. Check the images below for more.

Again, none of us will know for sure how well Cyberpunk 2077 plays on our machines until later today. There will be a lot of tweaking and some swearing. That is, after everyone is done getting their character’s pubic hair juuuust right. Hopefully, the game won’t break too many hearts. I purchased an RTX 2080 Super some months back, and it hurts to already feel behind the times. Still, I’ll figure it out, as I’m sure most of us will. Hopefully the RTX 3080 will be more plentiful by the time the game’s expansions start dropping.

Cyberpunk 2077 lands on Steam, GOG, and the Epic Games Store on December 10. However, you can pre-load and play the game later today. Click here to find out when the game unlocks for you.