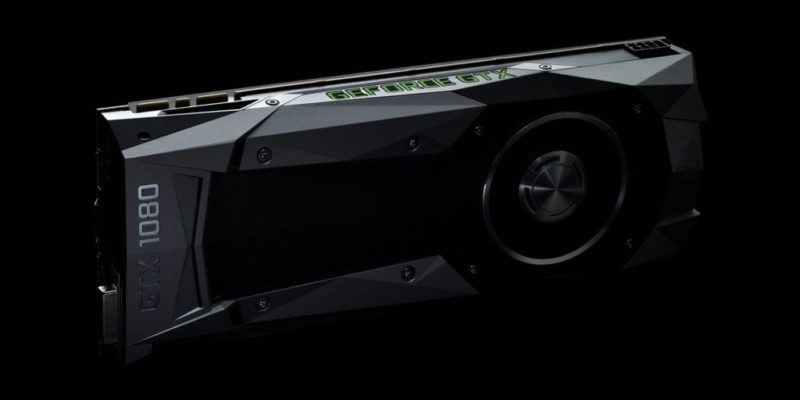 Nvidia has announced and detailed (in a press event kind of way) the first two entries in a new GTX 10 series, the GeForce GTX 1080 and GeForce GTX 1070.

If you’ve been considering building a PC in the last few months, you’ve probably had knowledgeable people telling you to “wait for Pascal and Polaris GPUs!” The 1070 and 1080 are the first from the Pascal category, with AMD’s Polaris-based cards still to be unveiled. Both of Nvidia’s new offerings appear to offer significant performance upgrades over their 970 and 980 counterparts, and at rather competitive price points (in the US, at least).

The 1080 already has its own dedicated page up on the Nvidia site, which has some very favourable-looking (if a bit vague) performance graphs comparing it with the current 980. It’ll be released on 27 May, costing $600 USD, and should slot happily into any PC with a good quality PSU of 500W or higher. The 1080 will have 8GB of GDDR5X VRAM as standard.

A ‘Founder’s Edition’ (which, judging by what was said in the event is a more overclockable unit) will also be released for $700 on the same date.

The 1070, meanwhile, doesn’t seem to have its own page just yet. This one will be available on 10 June, priced at $380 USD (with a ‘Founder’s Edition’ at $450 USD this time), and will also use 8GB of VRAM – but GDDR5 (not 5X). If Nvidia’s performance suggestions are even close to accurate, then the price-performance ratio for GPUs is about to dramatically change.

Time and proper benchmarks will tell, but it looks as though the die shrink to 16nm for this generation of GPUs will bring impressive performance increases and energy efficiency.

Here’s an exciting performance-power graph with the 1080, followed by a slide showing the 1070. 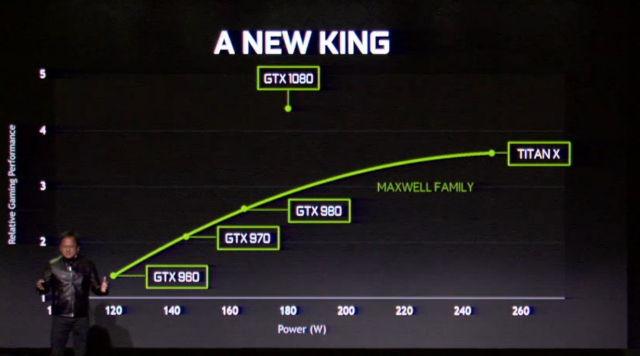 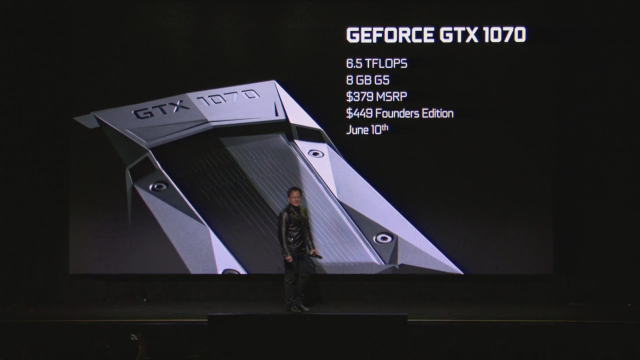 Battlefield 1 or Call of Duty: Infinite Warfare? What’s it to be?

By Jason Rodriguez19 mins ago
News