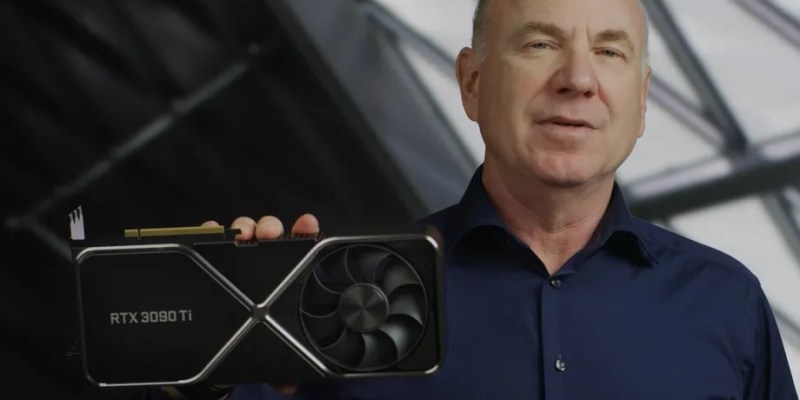 Shipping with 10752 CUDA cores and 24 GB GDDR6X memory, the RTX 3090 Ti is Nvidia’s fastest graphics card ever released. It even features a 21 Gbps memory clock with a bandwidth of 1008 GB/s. Because of that added performance, the card’s TDP comes in at 450W, a 100W increase over the base RTX 3090. With that increase, it will utilize a 16-pin power connector as opposed to the standard 8-pin.

The latest flagship card from Nvidia will also offer a boost clock of up to 1860 MHz with almost 40 Teraflops of compute power.

A lower-entry model from Nvidia for budget gamers

If the idea of the RTX 3090 Ti sounds great, but you know it’ll be out of your price range, the RTX 3050 should help settle your stomach a bit. The newest entry-level option from Nvidia, the RTX 3050, brings Ampere and DLSS support to the budget builds for the first time.

While ray tracing and DLSS won’t be the greatest on a card like this, it will certain give those who’ve been missing out because of cost a chance to get in at a very reasonable price. Unfortunately though, it’s hard to believe that many will be able to get the RTX 3050 at anything close to MSRP based on recent history. If you can beat out the scalpers and bots, then it’s likely to be the best budget option you can find for anyone looking to build a gaming PC for less than $700-$800 USD. 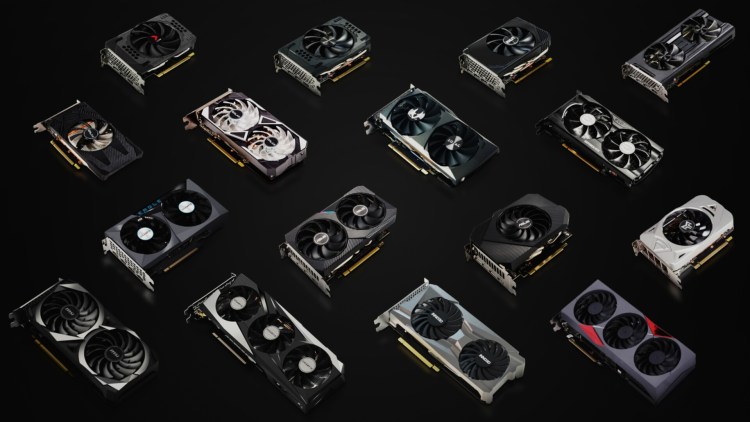