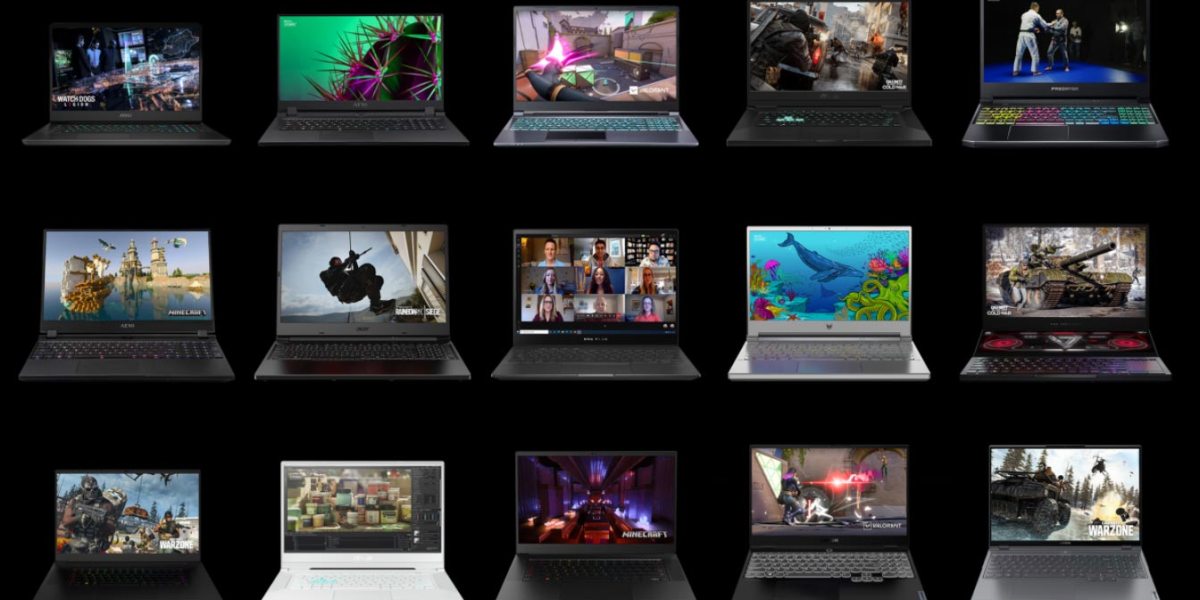 Companies use CES to reveal all of the exciting new technologies coming to the world of consumer electronics, and you have no doubt heard about a few already. However, one of the more exciting announcements that came today has to do with GPU maker Nvidia and its wildly popular RTX 30 Series. While the company continues to sell out of its discrete desktop GPUs, there’s still more untapped opportunity in the laptop segment of the gaming market. Today Nvidia formally announced its lineup of RTX 30 Series GPUs for laptops and mobile applications, and there are plenty of brands to choose from.

Nvidia touts that over 70 laptops from every OEM will be available for a mix of gaming and studio applications. Its the biggest mobile launch in the company’s history for one particular lineup, which really speaks to the demand for Ampere. Starting on January 26, gamers will be able to buy RTX 30 Series laptops from brands like Razer, Alienware, Lenovo, Gigabyte, MSI, Asus, HP, and more.

As for what RTX 30 Series GPUs to expect in the laptops, Nvidia revealed there will be 3060, 3070, and 3080 options. There are likely more to come, as the company also formally announced the standard RTX 3060 today for desktop applications as well. The current lineup for laptops should be more than enough to please gamers for the time being though.

With such graphics power also comes the need for CPUs that can keep up. We can confirm that there will be Intel 11th generation (Tiger Lake) and AMD 4000 Series (Renoir) processors packaged in with some of these powerful new laptops. It’s up to you to decide which configuration meets your preferences.

High framerate, high resolution, or both

Another one of the most exciting aspects of this announcement is that laptops are no longer bound by the limitations of 1080p resolution. Laptops OEMs are pushing the limits with 1440p at 144 Hz. Framerate and high resolutions are now achievable for midrange models. However, you can go even higher if you’re willing to pay the price. Some displays will support up to 240 Hz at 1440p such as the Razer Blade 15 Advanced Model. Speaking of the top end, esports enthusiasts can also look forward to 360 Hz displays — on laptops. If 1080p is fine for you, you can glide along at this insane framerate.

There are likely also some 4K models, though we can’t recommend such a high resolution on laptop-sized screens. You can look forward to 4K output options though, like on the Alienware m15 and m17 models. Those will support up to 4K at 120 Hz which you can send to your big screen or monitor through the use of an HDMI 2.1 connection. It’s truly wild what’s achievable these days. Nvidia loves to talk about efficiency, though it’s more accurate to call these laptops powerful rather than efficient. At least when it comes to battery life.

Of course, another way Nvidia has sought to differentiate itself from the competition in the GPU market is with its diverse offering of software options. These include the obvious perks of RTX and DLSS which came with last generation GPUs, but the 30 Series includes a few more bonuses. Features like third generation Max-Q and Dynamic Boost 2.0 will improve system efficiency while resizable BAR will improve performance.

Conversely, you can also crank the performance down when you need to actually study in the library. The laptops know how to fire up with fans on full blast, but they can also scale down to your noise thresholds with WhisperMode 2.0. After all, not everyone needs to know you are a 1337 gamer.

There are still a lot of questions about pricing and availability on our minds, as well as battery performance. Overall, we’re really excited about the prospects of these new product lineups though. Laptop gaming is stepping into a new realm of quality, and we look forward to the experiences that will be available on mobile platforms. You can learn more about all of these options and how games are adapting to utilize them via Nvidia’s official press release.