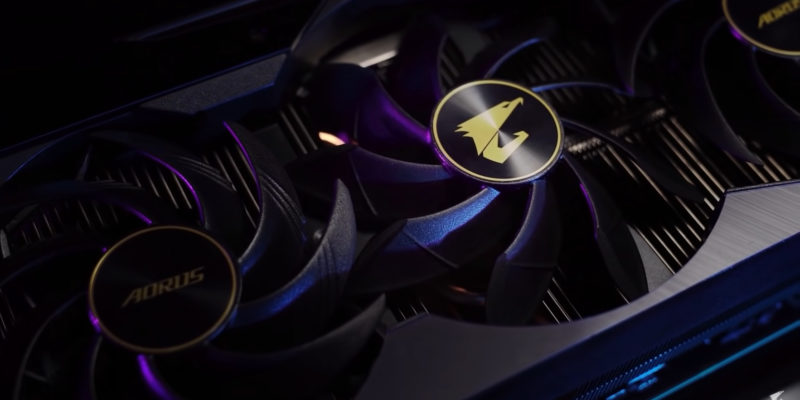 If you thought the rumors surrounding the Nvidia RTX 30 Series would be done by now, well, we’ve got news for you. The 3090, 3080, and 3070 models are all on the market now, but the highly-anticipated 3060 model is still unannounced. There’s good reason for potential customers to expect the card anytime now, as it seems like the next logical step in Nvidia’s marketing strategy. However, this year is nothing but normal, and I’m not speaking to the pandemic. With AMD now back on the scene with its own powerful cards, there’s whispers that Nvidia has decided to overhaul its entire lineup already. That would make the case for the existence of the RTX 3060 Ti, but Nvidia doesn’t seem ready to bring anything to market just yet.

However, that hasn’t stopped one retailer from allegedly getting its hands on some Gigabyte RTX 3060 Ti cards to sell. The Saudi Arabian-based consumer electronics retailer Silicon Valley Computers touted its acquisition with a video of the boxed cards on one of its showroom floors. It also listed the products online, albeit at highly marked up prices.

The circumstances seem highly suspicious, though. We caution you to take this with a heavy dose of salt despite the appearance of sealed packaging. It’s also worth noting that we don’t actually get to see the cards in the boxes. The retailer also failed to provide documentation of any of its cards in use. That could simply be because it considered the items too valuable to open though. The other likelihood is that it’s all just a publicity stunt. Since revealing its rare acquisitions, the company has removed the listings claiming it sold out its stock. 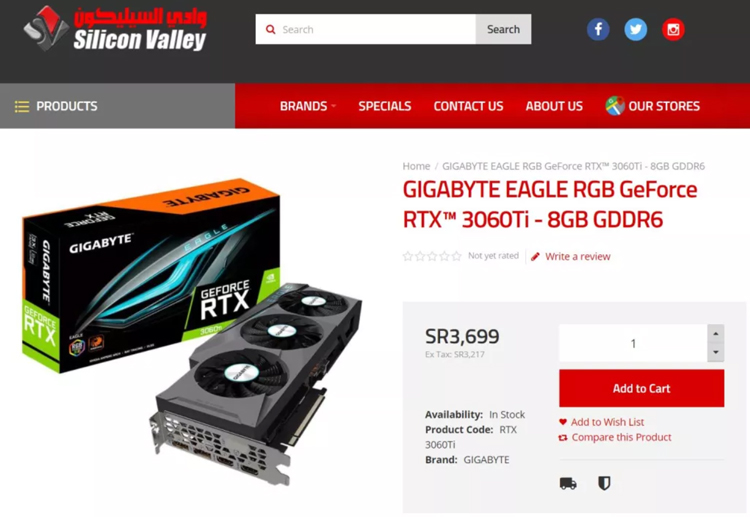 Pictured is one of the cards for purchase on Silicon Valley Computers’ website.

While stories like these do generate a lot of skepticism, they also bear some truths to them. We anticipate a lineup of Nvidia RTX Ti models coming in the future, so a 3060 could become a reality. As far as the 3060 Tis though, we will keep an eye out for them across the internet. Someone allegedly bought them, after all.