This new card is essentially a doubled GTX 750 and an overclockers dream say Nvidia.

While the 980 may be a little bit too expensive for some, the GeForce GTX 960 could be the one for you. The card specs have been revealed by Videocardz and it will come with a GM206 processor, 2GB GDDR5 memory and 128-bit interface, a base clock speed of 1127 MHz with a boost speed of 1178 MHz.

With low power consumption, this card will consume 120W via a single six pin power connector and it said to be extremely quiet. Nvidia are also stressing the card’s overclocking potential and say it should reach clock speeds of 1.5GHz.

There’s an embargo on reviews which lift on the 22 February when the card is expected to launch so expect performance impressions to start appearing then. 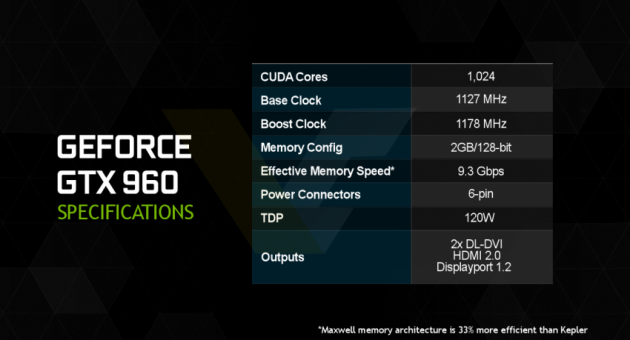 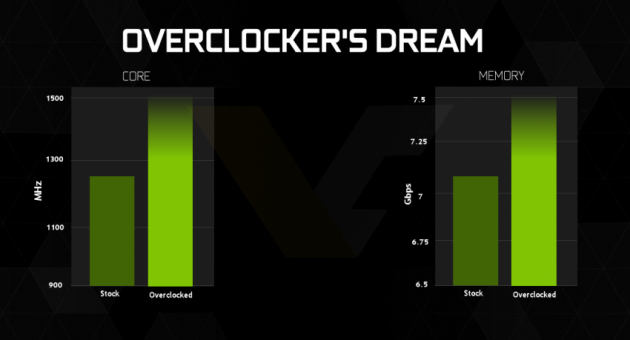 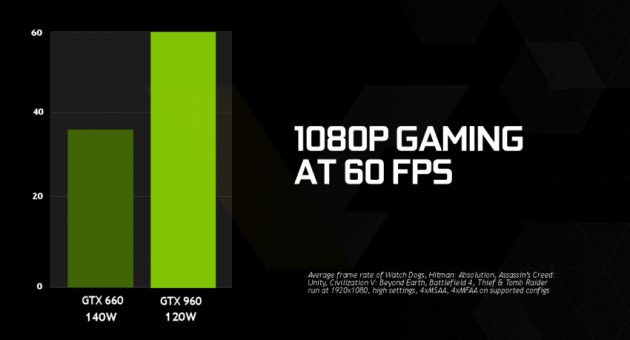