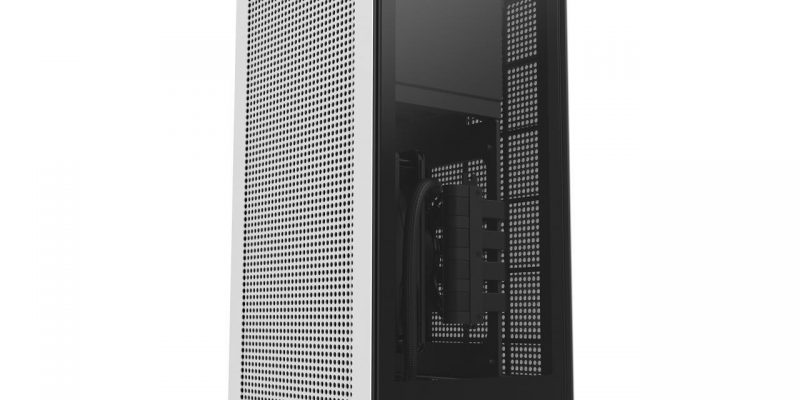 When you’re building a PC, it’s important to be safe. You’re working with electric components, which can pose a danger to anyone who isn’t taking the right precautions. Usually, your PSU is the center of those concerns. Although they’re always safely made, proper handling is still important. What nobody expects to pose a problem is the PC case itself. A majority of the time, builders will pick their case based on its style or their budget. Some may have chosen the NZXT H1, a sleek Mini-ITX case. As it turns out, however, picking that case was playing with fire — literally. NZXT isn’t selling any more of its H1 cases for the time being, as it sorts out an issue that turns them into a fire hazard.

The issue stems from the case’s PCIe riser, or rather, the screws that attach to it. Due to its design, video cards sit vertically in the case, necessitating the PCIe riser. However, the screws that hold the riser in place could dig into a copper plane, causing at the least a short, or in the worst case, an actual fire inside of your PC case. Losing an expensive graphics card and motherboard doesn’t seem like much when your entire home is at risk.

NZXT doesn’t want to be a firebrand

NZXT previously addressed this issue by selling non-conductive nylon screws. However, it was hardly a permanent fix. Replacement screws for the NZXT H1 weren’t sent out quickly, and customers that bought a new case with them installed often confused them with placeholder screws. The nylon screws would be taken out, replaced with metal ones, and the computer would inevitably short.

Others found this fix to be too little too late, including Gamers Nexus. The channel recently released a video going over the NZXT H1 fire hazard, and how it required an immediate, extreme fix.

In response, NZXT CEO Johnny Hou released a statement regarding the H1 and its prior fixes.

“We’re sorry,” Hou wrote. “The nylon screws were not the complete solution for the H1 fire hazard; they didn’t address the root cause of the issue. We didn’t’ account for scenarios where someone could replace the nylon screws with metal ones unknowingly. Our execution did not live up to the quality that our community has come to expect from us.”

To address the issue, NZXT is sending H1 owners that requested a nylon screw kit an updated PCIe Gen3 riser. According to a Q&A appended at the end of the message, customers should expect these updated risers by the end of March. NZXT will also let customers return their H1 case if it was purchased from NZXT or NZXT BLD. A formal recall may also occur, however, NZXT is working directly with the U.S. Consumer Product Safety Commission to decide on that.

If you’re in the market for a new case, we review them from time to time. Our latest was for the Corsair iCue 5000x, which, while larger than the NZXT H1, holds up in both style and thermals.