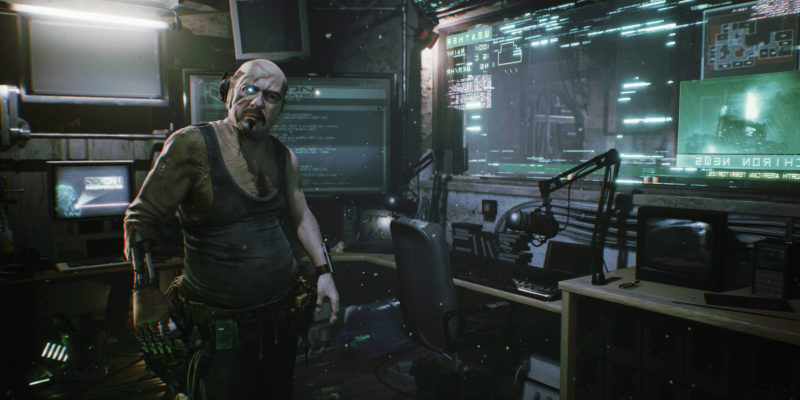 The future may be bleak, but that doesn’t mean it can’t be pretty. Observer: System Redux brings 2017’s cyberpunk horror spectacle even further into the future with a host of graphical improvements. But the next-gen overhaul goes beyond just visuals, reworking different facets of the gameplay and introducing new content. The enhanced version capitalizes on the original’s strengths and reinforces its weak spots, creating an airtight experience guaranteed to impress.

Observer’s trippy, glitchy presentation and mind-bending storyline scarcely made up for its frustrating mechanics. Observer: System Redux gives those standout features a facelift, while simultaneously addressing the gameplay shortcomings of its younger self. Most notable are the lighting improvements, courtesy of HDR and ray tracing support. Certain areas have been relit entirely. The complex’s sublevel, for example, is now completely drowned in darkness to better suit the narrative. Updated textures and particle effects also help to sell the rundown world of Fifth Polish Republic. Every tweak serves the atmosphere and delivery of the story in a big way.

Even in a world devastated by plagues, wars, and mega-corporations, detective Daniel Lazarski still finds plenty of work. Only this time, a down-on-his-luck Lazarski is pursuing a personal case. Detectives, better known as observers, solve all manner of crimes using their special visual augmentations. This case-cracking cheat code comes at a price, which Lazarski soon learns. His struggles to separate his augmentation-amplified hallucinations from reality quickly transform a dilapidated apartment complex into his own personal hell. 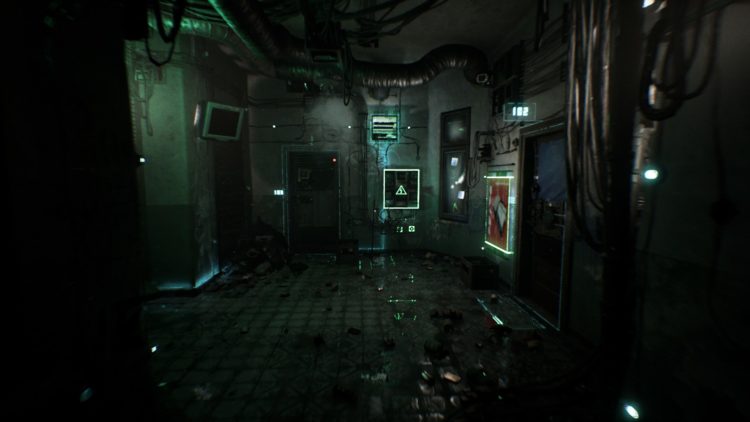 At least the rent’s affordable.

The walls have ears

Bloober Team’s foray into cyberpunk is perhaps best known for spotlighting the late, great Rutger Hauer. His portrayal of Daniel Lazarski is iconic, though his laid-back delivery proved itself to be a hit-or-miss. An equally talented cast joins him in lending their voices to the complex’s denizens. Despite some hiccups with the voice lines, Observer: System Redux continues to excel in the audio department. The distorted cacophony of industrial noises complements the visuals a little too well. Those quick buildups of pulsing, mechanical growls have me diving for the light switch every time.

The claustrophobic hallways of the complex are lined with countless rooms. Behind every door is a mystery — one easily solved through the power of life-threatening implants. You start your search by knocking on doors, letting yourself in whenever possible. Inside, you can indulge in all the horror staples, like swinging open cupboards and examining random knick-knacks. Lazarski has two vision modes: one highlighting biological evidence, and the other, electrical. Scanning rooms with both modes reveals a string of clues, namely blood, drugs, and fancy doodads. Your fruitful searches eventually lead you to a dead body, after which the real horror starts.

By far Observer’s most entertaining mechanic is Dream Eating: players jack into a body’s brain implant to access their memories. Of course, given the bodies’ less-than-stellar conditions, the memories manifest as nightmares. These sequences house the game’s most shocking imagery, along with monsters that threaten Lazarski’s sanity. Most dreadful of all were the stealth sequences that wiggled their way into the nightmares. For Lazarski’s sake and ours, stealth and AI have been greatly improved, keeping the horror and limiting the frustration. Observer: System Redux also shrinks down certain sequences to keep the momentum going. 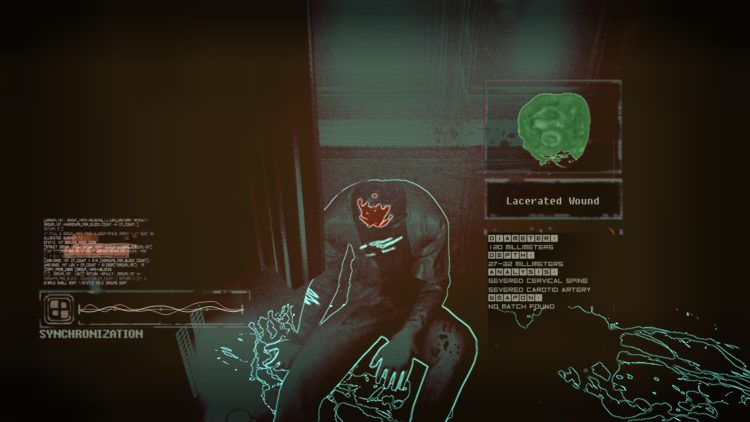 My instincts tell me that he might be dead.

When you’re not banging on doors and eyeballing the residents’ property, you’re accessing their private computers and bypassing their security. The game frequently gates progress behind keypads, where a new hacking minigame replaces the vague hints from the original. Spot the static digit buried within walls of shifting digits to crack the code. You can never go wrong with an extra touch of interactivity. But, sitting in the options is the minigame toggle for those who could do without it. Alternatively, experienced cyberpunk junkies can try and bypass the whole process by running down their lists of sci-fi number references.

The sad reality is that most residences remain out of your reach. The complex has too many rooms, and not enough content to fill them. However, Observer: System Redux does increase the side quest count from a measly two to a hefty five. While the original two were in no way insubstantial, the extra helping of content is more than welcome. Unfortunately, with the passing of Rutger Hauer, the quests rely more on environmental storytelling and text to transmit their stories. Regardless, each one is unique in its presentation and builds on the game’s existentialist and transhumanist themes. 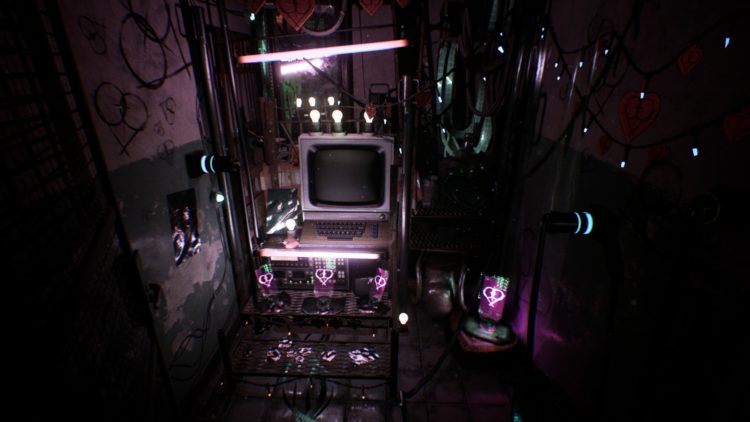 Virtual love is just as good. Part of a new side quest.

While I enjoyed my time with the 2017 iteration, the job of the observer felt a lot like being a door-to-door salesman. Find a door, enter, examine, then pack up and visit the next room. The same tired routines slowly wore me down, with only my curiosity to pick me back up. The apartment complex housed a heap of scares but was ultimately defined by its mundanity. Observer: System Redux’s many improvements contribute to a more involved experience. The fat has been trimmed, and in its place, fresher content. Fewer chores, more notable mysteries, and a more refined pathway to them.

Observer: System Redux is a solid horror game made better; it continues to be one of the more unique explorations of a beloved genre. Horror fans who missed out on the original release owe it to themselves to pick up the enhanced version. Those satisfied with their initial experience shouldn’t feel pressured into another purchase just quite yet. The game sees upgrades across the board, but the core experience remains the same. Likewise, no change is drastic enough to turn a nonbeliever.

Cooking Simulator – Pizza — Is it worth it?