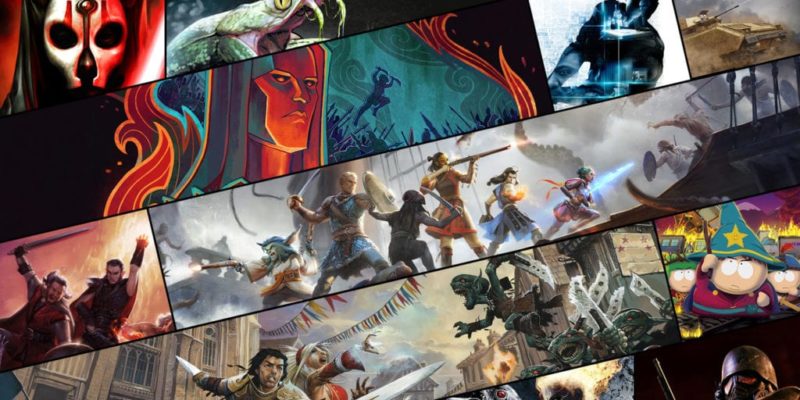 Obsidian have published a pretty detailed break-down of responses they received to a recent DLC survey. It was sent out automatically to anybody who had backed an Obsidian title on Kickstarter or Fig, but also received additional pushes through Twitter, Reddit and the like.

The studio were expecting somewhere around 15,000 responses, but ended up with a little over 55,000. Of those 55,000, the majority (around three quarters) were in the 20-34 age range. An overwhelming majority (90%) who answered the demographics section were men. Replies came in from all over the world, with the USA, Europe, and Australia all particularly well represented.

Unsurprisingly, given the Obsidian fan base, the most commonly used gaming platform was the PC. Android Phones and the PS4 were a fairly distant second (the summary also notes that the survey appeared on the PS4 Reddit channel, but not the corresponding sub for Xbox One, which presumably had an impact). In-line with those findings, Steam came out as the most popular platform from which to buy games.

The meat of the survey, though, was about DLC; types, pricing, and preferred features. Most people responding had bought some Obsidian DLC in the past. Fallout: New Vegas’ four main expansions were especially popular, each one purchased by 69-70% of those who replied. The White March expansions from Pillars of Eternity were also pretty well represented, owned by 38-40% of respondents.

People seemed pretty split on whether they were likely to opt-in to DLC through a Season Pass, purchasing individual pieces post-release, or upgrading to a Deluxe Edition of some kind. Replies of ‘Somewhat likely’ and ‘Not very likely’ were quite evenly spread throughout. The only consistent view here was that everybody likes things to be on sale (89% were ‘Highly’ or ‘Somewhat’ likely to buy DLC on sale).

Obsidian players are fairly clear on what they want from a DLC, however. 53% opted for a ‘beefy’ expansion (or two) adding a lot of extra new things, months after the release of the main game. That chimes with the features people wanted to see too; more quests, more characters, more systems, more post-game reactivity. Anything labelled ‘pvp’ or ‘competitive’ was deemed fairly unattractive, but co-op did quite well. Again, this makes sense for Obsidian’s RPG-focused audience.

Finally, there were some questions about pricing. Price was the runaway winner in ‘factors in your decision to purchase a DLC’, although various strands of recommendation (from other users, friends, or critics) did pretty well too. A nice 69% of those who responded said that the inclusion of multiple free DLC releases through a game’s lifetime would ‘influence a buying decision’. Again, probably not too surprising. The survey responses also put the ‘desired’ price of a Season Pass at around $17 USD.

I recommend giving the whole thing a read (especially if you’re interested in stats), as it goes further into the methodology and possible problems with some of the questioning (which have been noted for future surveys).