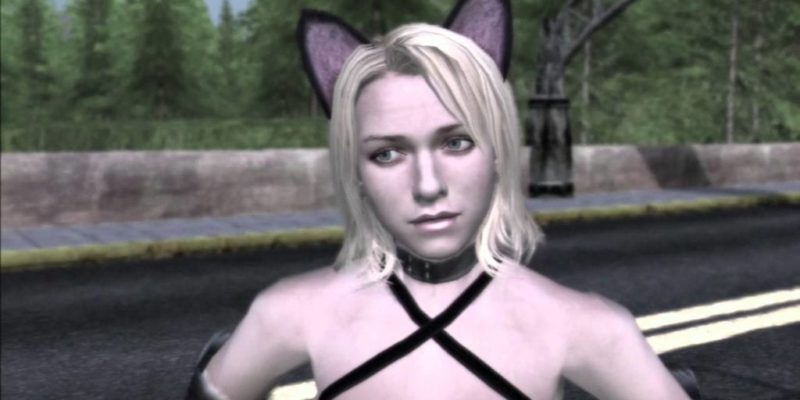 Do you like murder mysteries? Bad voice acting? A game that can be summed up as “Twin Peaks as directed by a lunatic”? A main character who talks to an invisible friend called Zach and discusses the sadomasochistic bond between Tom & Jerry? Then you really want to go over to Steam Greenlight and vote up Deadly Premonition: The Director’s Cut, because Rising Star Games is bringing it to PC.

The PC version will have the bevy of upgrades from the Director’s Cut version on PS3 (a new scenario better graphics, reworked controls, and DLC to “expand the mystery behind the game”) plus some PC exclusive bits and bobs (more DLC, Steam achievements, Steam trading cards). Although the Steam stuff will obviously only happen if you upvote it on Greenlight and then buy it on Steam. Did you think otherwise, Zach?

Deadly Premonition revolves around FBI agent Francis York Morgan (please, call him York; that’s what everyone calls him) being sent to the sleepy rural town of Greenvale, which is currently threatened by a serial killer called the Raincoat Killer. It’s up to York to puzzle out who the killer is, and stop him/her. Which involves driving around town as much as you like, fishing, shaving, eating, sleeping, completing side quests, and journeying into weird zombie-infested parallel worlds that may or may not be either a figment of York’s imagination or a metaphor for… something. It’s that kind of game. It’s also an open-world survival-horror life-simulator RPG murder-mystery. So… yeah.

Much as I’m a bit mean to Deadly Premonition, it’s a fascinating game and is totally worth playing. It’s a wonder that a game can have combat, dialogue, animation, and voice acting that bad and yet still remain entirely fascinating and enjoyable, and mostly not in a so-bad-it’s-good kind of way. I love the game and will happily buy a PC version. You should do the same. Trailer below, Zach.

And really – how can you not upvote a game when the of the opening lines for its trailer are “There’s definitely something in this town. Do you feel it, Zach? The coffee warned me about it”?