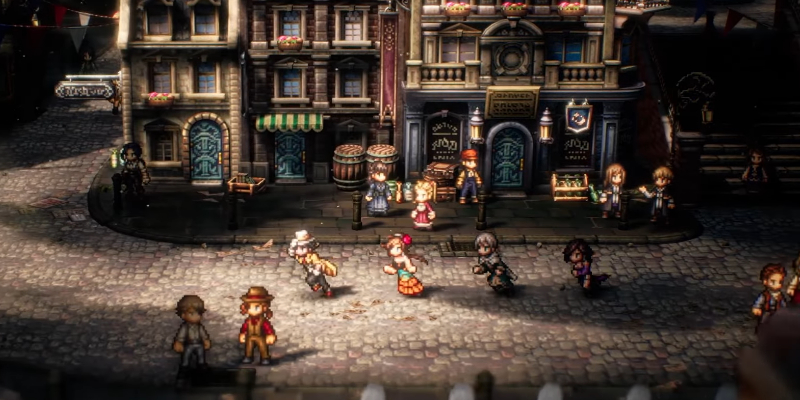 Octopath Traveler 2 is coming to PC on February 24, 2023. The sequel to Square Enix’s exceptional 2019 pixel graphics JRPG was announced at the recent Nintendo Direct. Much like its predecessor, Octopath Traveler 2 will follow the journey of eight adventurers who come together to complete their epic quest.

Gameplay wise Octopath Traveler 2 will introduce a variety of new mechanics when it arrives on PC. This includes a new day and night cycle, which affects which NPCs, quests, and path actions are available. Another new mechanic is Latent Power, a gauge that fills up during battle. Once filled you can unleash a powerful ability that varies based on the character.

Perhaps the most important change coming to Octopath Traveler 2 is how each character’s story is handled. As popular as it was, the first game did receive criticism for how its cast didn’t interact with one another often enough. In Octopath Traveler 2 Square Enix has made a conscious effort to crossover each character’s story more, which should result in more interesting interactions.

As with the original, the main focus of Octopath Traveler 2 is its unique cast of characters. This time around, players will get to play as Agnea the Dancer, Castti the Apothecary, Hikari the Warrior, Ochette the Hunter, Osvald the Scholar, Temenos the Cleric, and Throné the Thief. It should be interesting to learn more about each of these characters and see how they interact with one another.