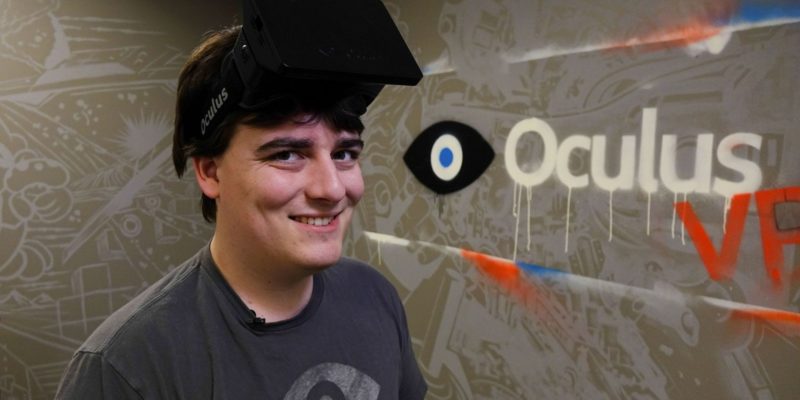 In the early hours of this morning, a story on the Daily Beast brought to light that Oculus founder Palmer Luckey has been funding an anti-Hilary Memes group involved in “shitposting”.

The article covers Luckey’s involvement in a Reddit group and social welfare 501©4 non-profit organisation called Nimble America. The group was founded by two moderators that have also been involved in popularising “Trump-themed white supremacist and anti-Semitic memes” according to the article.

Luckey commented in the article confirming his involvement in the meme campaign:

“I came into touch with them over Facebook. It went along the lines of ‘hey, I have a bunch of money. I would love to see more of this stuff. They wanted to build buzz and do fundraising.

“I’ve got plenty of money. Money is not my issue. I thought it sounded like a real jolly good time.

“I’m not going to keep throwing money after something if I don’t see any results. I think these guys are pretty legit. The sums of money are so small, I don’t think they’re out to scam anybody. If they disappear with the money, I wouldn’t throw any more money at them.” 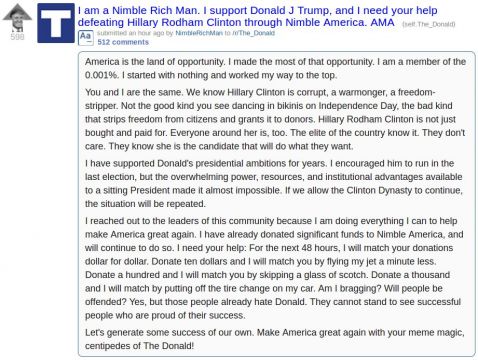 Luckey can support whoever he wants in the lead up to US elections and spend his money however he wants, but the news this morning has not gone down well with many gamers who have taken exception to his involvement in this particular campaign.

Twitter users have been posting to show their disapproval and there is heated discussion on Reddit /r/Oculus and /r/Vive over Luckey’s position and involvement in the campaign, Many gamers are disappointed with his involvement in this campaign.

Neither Facebook or Oculus have responded to the article or Palmer Luckey’s comments.