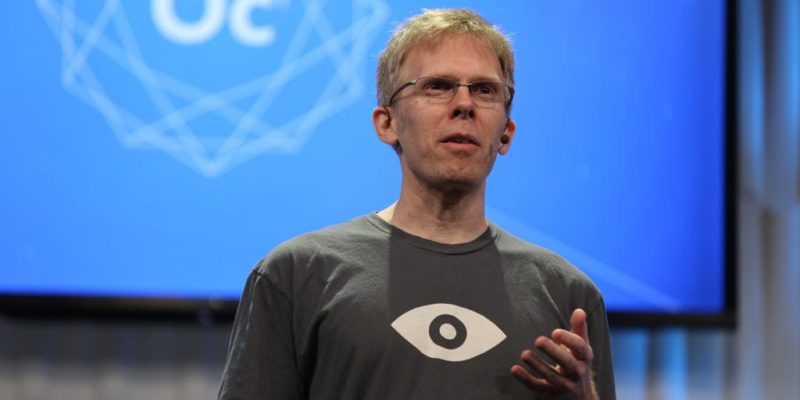 The court case between Oculus and ZeniMax is over with Oculus being ordered to pay out $500 million to ZeniMax but John Carmack sounds angry and frustrated with the result.

Much of the evidence in the case focused on John Carmack’s actions prior to moving from ZeniMax to Oculus and Palmer Luckey violating a nondisclosure agreement with ZeniMax. Today he has posted a lengthy response now the case has concluded.

There have been numerous stories around today stating Carmack was trying to wipe evidence which he says are simply not true.

In the post from Carmack he states, “The Zenimax vs Oculus trial is over. I disagreed with their characterization, misdirection, and selective omissions. I never tried to hide or wipe any evidence, and all of my data is accounted for, contrary to some stories being spread”

Carmack was unhappy with the “experts” analysis of what they considered copying of ZeniMax Code. He explains:

“This is just not true. The authors at Oculus never had access to the Id C++ VR code, only a tiny bit of plaintext shader code from the demo. I was genuinely interested in hearing how the paid expert would spin a web of code DNA between completely unrelated codebases.

“Early on in his testimony, I wanted to stand up say “Sir! As a man of (computer) science, I challenge you to defend the efficacy of your methodology with data, including false positive and negative rates.” After he had said he was “Absolutely certain there was non-literal copying” in several cases, I just wanted to shout “You lie!”. By the end, after seven cases of “absolutely certain”, I was wondering if gangsters had kidnapped his grandchildren and were holding them for ransom.

“The notion of non-literal copying is probably delicious to many lawyers, since a sufficient application of abstraction and filtering can show that just about everything is related. There are certainly some cases where it is true, such as when you translate a book into another language, but copyright explicitly does not apply to concepts or algorithms, so you can’t abstract very far from literal copying before comparing. As with many legal questions, there isn’t a bright clear line where you need to stop.

“The analogy that the expert gave to the jury was that if someone wrote a book that was basically Harry Potter with the names changed, it would still be copyright infringement. I agree; that is the literary equivalent of changing the variable names when you copy source code. However, if you abstract Harry Potter up a notch or two, you get Campbell’s Hero’s Journey, which also maps well onto Star Wars and hundreds of other stories. These are not copyright infringement.”

Carmack also says that the slide evidence on show in the court showed that the code was by no means the same.

“It was ridiculous. Even without being able to read the code on the slides, you could tell the steps varied widely in operation count, were often split up and in different order, and just looked different.”

Carmack didn’t have a chance to see the full report from the expert but says that if the public had been able to see the code examples used, “the internet would have viciously mocked the analysis”.

John Carmack is obviously bitterly disappointed by the outcome of the case. He simply says, “I disagreed with their characterization, misdirection, and selective omissions”.