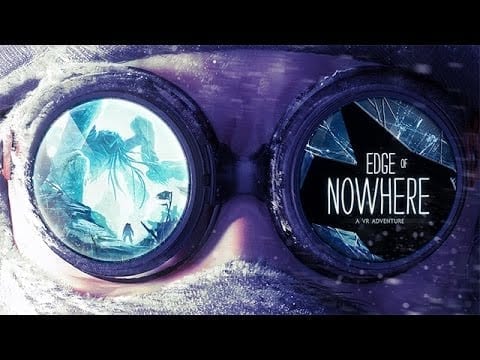 The press conferences of the Electronic Entertainment Expo (E3) are often positioned to outdo one another. Microsoft and Sony are of course pitted head-to-head based on the fact that they have their own respective consoles. The biggest announcements of the year often stem from these conferences–the Oculus streaming press conference was no different.

Oculus held a press conference in San Francisco, Calif. kicking off the beginning of E3. The June 11th presser was days before the actual show but it seems like there was good reasoning behind this. The event emphasized immersion, a term that littered each speech delivered in regards to the Oculus Rift consumer headset. There were also talks of games like EVE Valkyrie from CCP Games, showing off some space flight and launch sequence.

Phil Spencer, the head of Xbox, came to the stage to deliver a few tidbits of news. First, it was announced that each Oculus set will launch with an Xbox One controller. This is also interesting to see this announcement riding the coattails of the new Xbox One 1TB edition and new controller that will be coming to market. It paints a picture as to where the company is heading considering Oculus and Microsoft have plans for the Windows 10 platform. And you can bet, with the new partnership with Microsoft, that we may see more than Xbox One streaming, a function that will allow you to stream Xbox One games to the headset as an additional screen.

Some other customizable features came in the form of the headset itself. The design seems light, comparing the device to fitting like a baseball cap and being able to hold it in one hand. The sensor needed for the VR set to function promises to be small and be able to rest on your desktop nearly unnoticeable. The headphones included will produce 360-degree sound and will be removable. For PC gamer’s, being given the option to customize is kind of a big deal.

Oculus Touch is a pair of tracked controllers that deliver hand presence – the sensation of feeling as though your virtual hands are actually your own. Touch will let people take their virtual reality experiences further than ever before by unlocking new interactions.—Oculus Blog

Another mind-bender was the newest control scheme. The Nintendo Wii revolutionized motion controls. Now, the Oculus Touch will change the way PC gamers are going about their daily gaming routines. The touch will deliver a “Half Moon” prototype and will be shown at E3. There are dual triggers, promising to contribute to your VR experience with the controls to match. You can bet we will deliver our impressions after getting some hands on time with the set.

There are games in the works in preparation for launch. Oculus also made the announcement that they will contribute $10-million in order to assist and accelerate indie game development. Here are the games that will also be on the show floor during E3. Edge of Nowhere from Insomniac Games was also announced, but doesn’t look like it will be at the show.

What do you think is next for Oculus? What do you want to hear about Oculus’ games from the show floor? Sound off in the comments below.