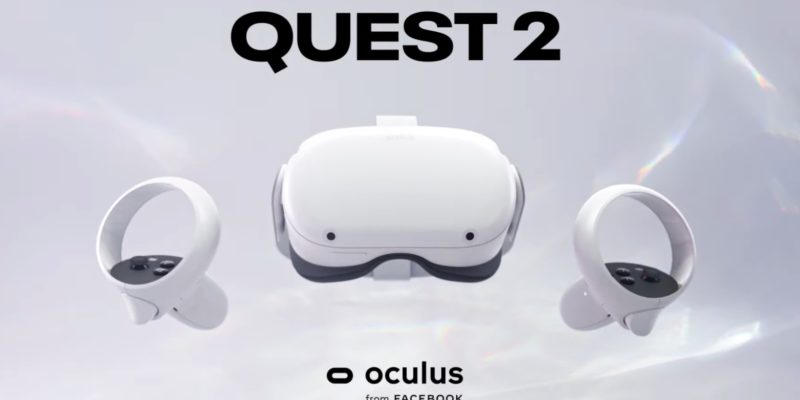 The cat has finally gotten out of the bag officially. At the Facebook Connect VR event, the world was formally introduced to the Oculus Quest 2. The reveal confirmed many of the leaks that happened this week, with a slight change. The base model of the Oculus Quest 2, which contains 64 GB of storage, will be going for a lower price at $299 for pre-order.

The Qualcomm Snapdragon XR2 CPU will be powering the Oculus Quest 2. The new headset will also boast 6 GB of RAM. There is a 50 percent increase in pixels, that is 1832 x 1920 per eye. The controllers have also been redesigned to be more ergonomic. And the headset will have a longer battery life than its predecessor. The best part for existing users is that your games library is not obsolete. The Oculus Quest 2 will run Oculus Quest games, and Rift Platform games can be played using the Oculus link.

You can also opt for the more premium version. The 256 GB version of the Oculus Quest 2 is available for $399. There are also additional accessories available for purchase. You can add in a Quest 2 Elite Strap that promises “enhanced comfort” at $49, or the Elite Strap with a battery pack with a carrying case for $123. The Oculus site is now open for pre-orders.

Before you dive into the world of virtual reality gaming, it would be wise to remember there is more than the sticker price to pay. You will be requiring a Facebook account in order to use the Quest 2, an announcement that was made back in April. That may not make the most sense to users, especially those who are not into social media.

According to the Oculus Quest 2 product page, “Quest 2 requires your Facebook account to login, making it easy to meet up with friends in VR and discover communities around the world. You can explore as yourself or pick a new name by creating a unique VR profile.”

By Jake Su27 mins ago
Industry

By Logan Broadley43 mins ago
Industry