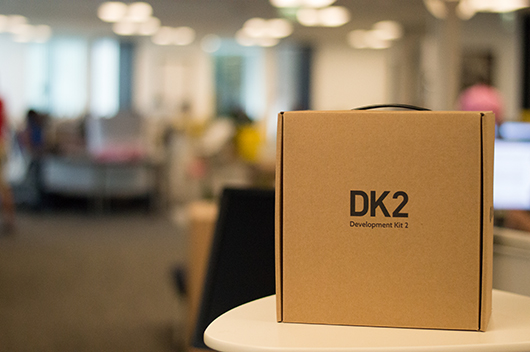 The next version of the Oculus Rift VR headset is now on its way to buyers.

The moment VR fans have been waiting for had finally arrived, the DKs are now shipping out to buyers in  Americas, Europe, Africa, and Asia. There has been a delay in shipping to the Oceanic region but Oculus hope to have that resolved soon. Around 9000 have gone out according to Oculus.

With this large shipment now going out, developers can also grab the new 0.4.0 SDK Beta which includes the low-latency 6DOF positional tracking, and Oculus display driver with direct rendering to the Rift. This is now available in the Oculus Developer Center.

With the arrival of these kits we’ll now see how much the Rift has improved since DK1 which was not exactly brilliant compared to what this new version offers with its low persistence OLED display, positional tracking and built in latency tester.

We’ll be taking a  look at the new version some time in the future and hope that our experience with the new kit is more promising than what we saw with DK1.