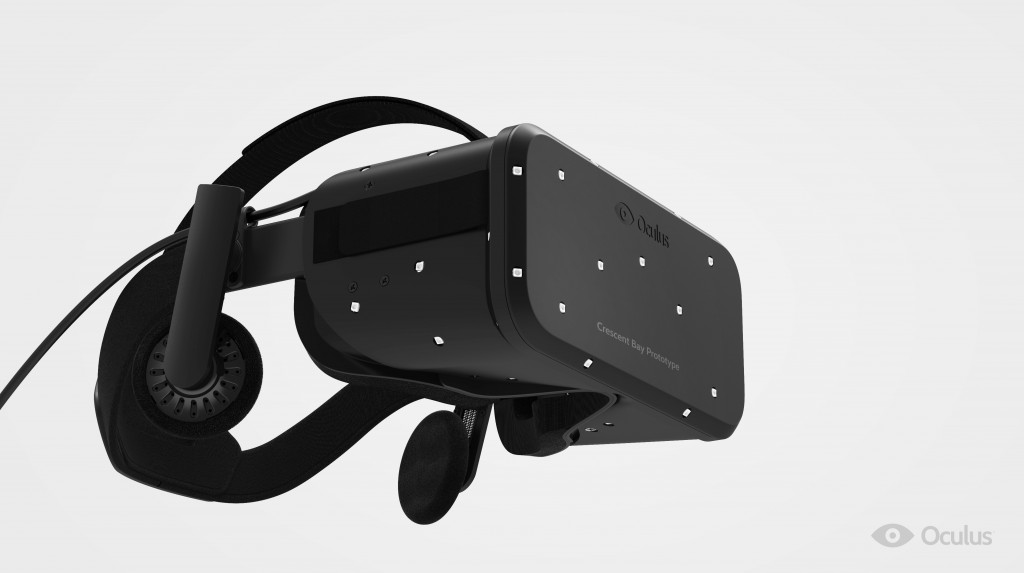 The Oculus Connect 2014 conference is taking place in Los Angeles today, and the main reveal so far has been a new prototype model for the Rift. Dubbed ‘Crescent Bay,’ (pictured above) Oculus says it has “a level of presence that’s impossible to achieve with [Dev Kit 2].”

If you happen to be in LA and at the event you can apparently give Crescent Bay a try, but the rest of us will have to be content with some words talking about the features and specifications.

So, according to the Oculus chaps, this new prototype has “dramatically” improved weight and ergonomics, as well as higher quality integreated audio and “expanded positional tracking volume.” You can also expect 360 degree head tracking and improved display technology. I don’t see mention of a specific resolution, but the implication is that it’s an improvement over Dev Kit 2.

In addition to the new prototype, Oculus is announcing a partnership with Unity that means the device will now be “supported in both the Free and Pro versions of Unity.” That sounds like something that can only help the number of games and software being designed with virtual reality in mind.

Finally, as part of an effort to keep improving the audio and aural spatial awareness within the Rift, Oculus has licensed RealSpace3D’s audio technology. Facebook dollars being put to work, there.

Here’s another shot of the new Crescent Bay prototype.

By Kevin Carignan4 mins ago
News

By Wes Tacos49 mins ago
Giveaways