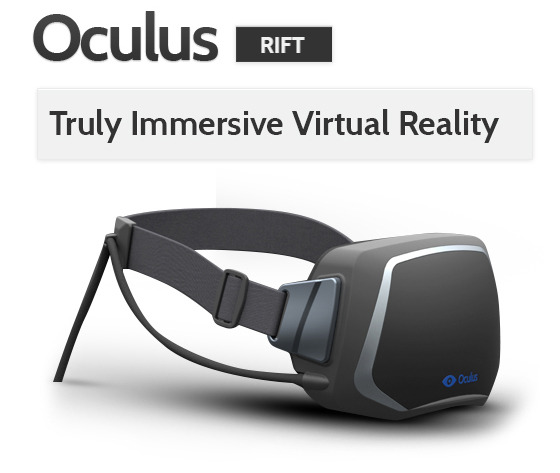 The next big thing in gaming?

VR has had a ragged history in gaming; it has never managed to catch on. Back in 1996 VR was the buzz word for gaming but despite a valiant effort with the VFX-1 headset, it never really caught on.

Start-up Oculus want to bring VR back to the forefront of gaming with their Oculus Rift headset which has been receiving support from heavyweights like John Carmack and Gabe Newell. Today Oculus launched their Kickstarter campaign and looking to raise $250,000. So far they campaign has already reached $180,000 so we think it’s safe to say it will reach its goal.

The VFX-1 was pricey and never caught on

I have had a lot of first-hand experience with VR and PC gaming. I actually own a few VFX-1 headsets and imported the first systems into the UK back in 1996. The VFX-1 didn’t exactly support high resolutions but it was effective. It could handle Doom2, Descent, Magic Carpet, EF2000 and even MechWarrior.  I have to say that 10 minutes in a game of Doom 2 deathmatch in VR was absolutely mental. With its very cool control puck and full motion tracking it looked like VR was going to take off with the VFX-1. Sadly the price point was prohibitive for the average gamer and this is where the Oculus Rift could break through.

The Oculus Rift is a self assembly kit and it will sell for a very reasonable $300 which is a lot cheaper than the good old VFX-1 which retailed for around $999, and that was back in the nineties.

I will say that gaming in VR is an odd experience, often bringing on motion sickness and disorientation. Keeping this in mind, the Oculus Rift is not going to become the next big thing in gaming. It’s likely going to be a nice toy but not very useful for your daily gaming.

Update: The Kickstarter goal was easily reached on its first day.