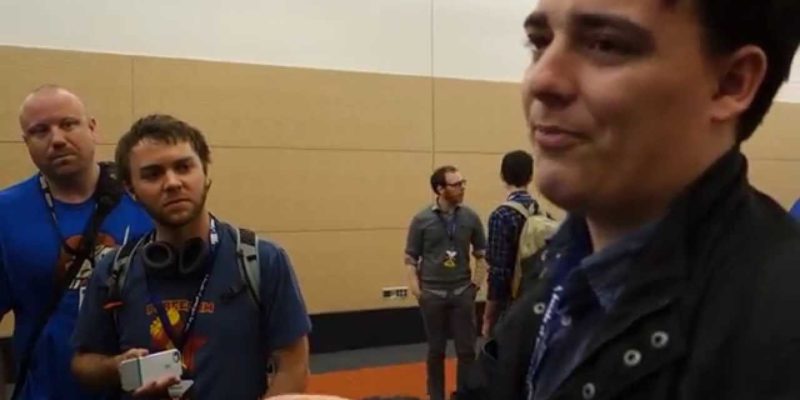 Palmer Luckey was pinned down at PAX to find out his thoughts on the future of TV and VR.

Speaking to Maximum PC in crowded hallway Luckey expressed his thoughts on the future of the traditional TV commenting:

“There’s no way traditional displays will be round in a couple of decades, it just won’t be feasible. Why would you but a 60″ TV? Even if it were durst cheap, it;s still going to cost a lot to ship it and make it from raw materials. A VR headset is going to be much better and much cheaper and you can take it anywhere.”

“VR us really primitive what we have today, it is finally good enough for people to see themselves using it but it;s not where we need it to be, to be really mass market.”

When asked about watching TV with other people to share the experience  he had this to day.

“Some day VR is going to be as close or as good as real life. If you want to simulate sitting in a room watching TV you’ll be able to do that.”

Yesterday Atlantic Productions revealed their new David Attenborough documentary which will be coming to the Oculus Rift which is a first step in production companies utilising the VR platform.

The TV hasn’t really changed in decades, viewers experience the TV with others in a room without individual pieces of hardware for each viewer. 3D glasses are the closest example we have right now to wearable TV tech for the family in the living room but 3D TV has not exactly caught on with the mass market.

Why would a viewer want to “simulate” watching a TV when you can simply watch it with other people without the need for extra hardware? This is the problem with the VR discussion at the moment, simulating an experience which doesn’t really need simulating.

Following the Facebook acquisition Luckey will be keen to stress the importance of VR. He’s perhaps overstating it’s importance because that’s what he thinks we need to hear, and also what Facebook want to hear.

Check out the Xbox Live deals of the week

The silent success of LEGO in gaming