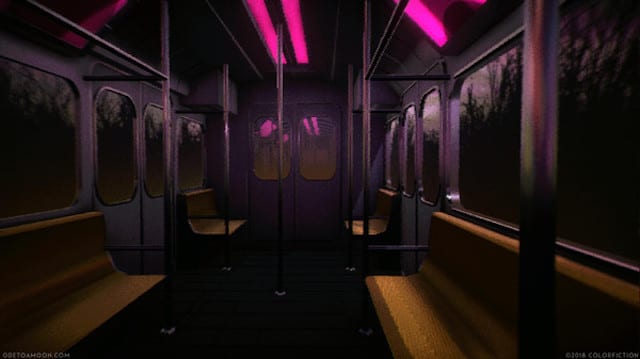 For those of you that are curious about indie titles that stand out, Colorfiction’s Ode to a Moon might just do the trick. The company just released a new trailer for the atmospheric first-person adventure, which can be found below. With its tranquil colors and intriguing mystery, it’s likely to take you for a trip.

What is Ode to a Moon about?

Described as a cosmic horror game, Ode to a Moon follows a photojournalist who works with a popular tabloid. For your latest assignment, you set off to cover a bizarre fall festival in a rural town. However, in the midst of a centennial lunar eclipse, something goes wrong. The town suddenly descends into madness, and, with a camera in hand, it’s up to you to find out what went wrong. The game has inspiration from real events, but “the belief that truth is stranger than fiction” applies here.

The trailer doesn’t feature too much of the storyline outside of that. However, it does showcase Colorfiction’s dedication to the survival horror genre, with a bit of a neo-noir twist (think Blade Runner, in a sense). It shows your journey to the town, with some mysterious lighting taking place in some of the building. But just when you think you’ve got things figured out, things suddenly twist for a loop. Spikes come out of the walls and mysterious figures appear. The mystery deepens as a result.

Actually, Ode to a Moon has a demo available for play right now. It’s available over on Steam and is also downloadable from the official Itch.io page. The game doesn’t have a release date just yet, but it’s likely to arrive sometime in 2020, provided Colorfiction’s development goes as planned.

Check out this page to get more information on the game. And prepare for a mystery that’s like no other!

Castle in the Darkness 2 is now in development