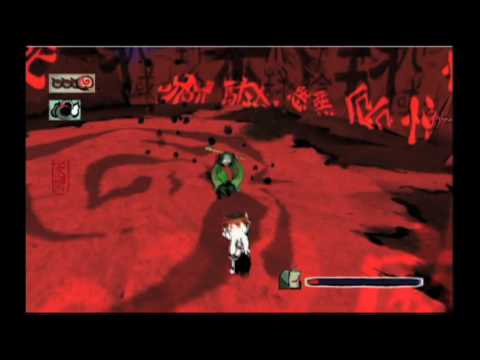 This article was written by Andy.W of Nintendo Enthusiast.

Could a new Okami game be announced in the coming days or weeks? Signs point to yes…

The above can be translated as

“Sorry I’ve been kind of out of touch lately, but I have the feeling we’ll be able to drop a fresh announcement like WHAM! around the beginning of Golden Week, so please look forward to it. Right now we’re on track with preparations.”

Golden Week is a national holiday in Japan which begins on April 29th and runs though to May 5th, schools and businesses close down for the week and we see a sales spike in consoles and software.

Famitsu have also been teasing that they have a a big announcement coming in their next issue which will be on sale on May 9th which is quite coincidental.

Okami was originally a PS2 exclusive which later saw a port to the Wii and a spin-off sequel on the DS, before it’s most recent HD port to the PS3. The game follows the adventure of Amaterasu, a white wolf who is the reincarnation of a God. The game drew comparisons to Zelda in its design and scope, however included the Celestial Brush which was used to draw special systems on screen to activate Ammy’s special powers. This was rather clumsy with the analogue sticks of the dual shock controller, but as you can imagine was intuitive with the Wii Remote of the DS’s stylus. A new entry in the series for the Wii U or even 3DS would be a safe bet.