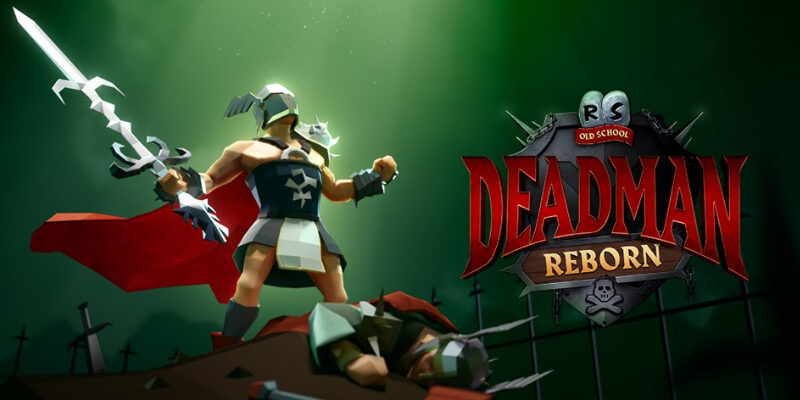 Deadman mode returns to Old School RuneScape for its third season. Now titled Deadman Reborn, the latest version of the popular Old School RuneScape PvP game mode reworks several aspects. This rework has been done in an attempt to fix the primary issues raised by the community during Season 2.

For those not in the know, Deadman Mode is a PvP tournament that takes place over three weeks. Throughout the event, players receive greatly enhanced experience and rare drop rates from bosses. This makes it possible to power level, and suitably equip an account in a short period of time. Those that qualify for the finals by ranking in the top 2048 of players will have a chance to win it all by overcoming a series of one vs. one duels.

The third season of Deadman mode sees some substantial changes implemented to improve the player experience. For one, a three-life system is now active. Each player starts out with three lives that are lost when you are killed by another player in PvP combat. 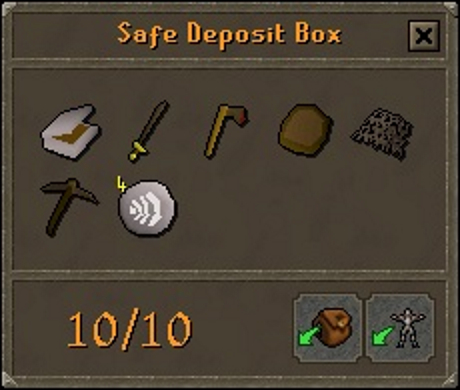 If all three lives are lost, a series of penalties are handed out. Most notably, all combat experience is immediately reset and your bank is wiped. The safe deposit box protects ten items upon death. However, if all three lives are lost then even this last line of defense is emptied out. Deceased players do at least get to keep 90% of their skilling experience, as well as any quest progress made.

Unlike the last Deadman mode, Reborn introduces combat-level worlds into OSRS. The worlds are divided up into four brackets of combat level: 3-35, 36-70, 71-100, and 101-126. These different worlds can only be entered if your combat level falls within the requirements. 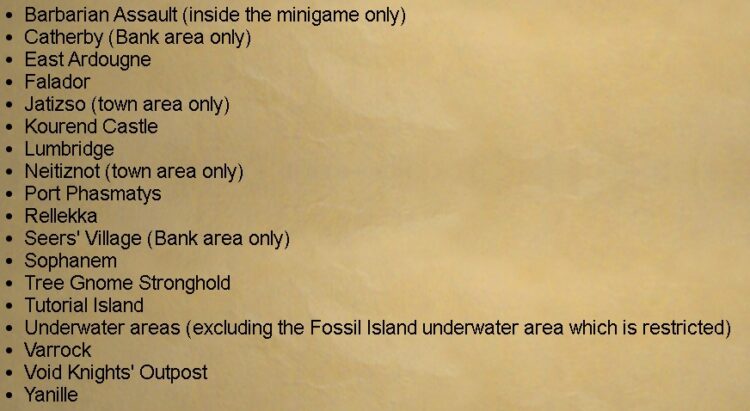 The full list of safe zones where players cannot be attacked. These are universal across all worlds, regardless of bracket

Upon unlocking and advancing to a new bracket, 60 minutes of protection is granted. This should help new players avoid being picked off by those at the top of each bracket. The Grand Exchange will be shared across all brackets but personal trades can only take place between two players in the same bracket.

Experience rates have always been higher in Deadman mode, but Reborn increases them even more than usual. The XP earned in all non-combat skills is increased by 10 times, including any reward XP earned through quests or XP lamps.

Where you rank is based on your total XP. Make the most of these increased experience rates to have a shot at winning a slice of Deadman Reborn’s prize pool

Based on the Relics from Leagues, Sigils are passive perks that provide various powerful abilities. There are 54 in total spanning across nine tiers. These can be swapped around freely but only up to three can be active at a time. 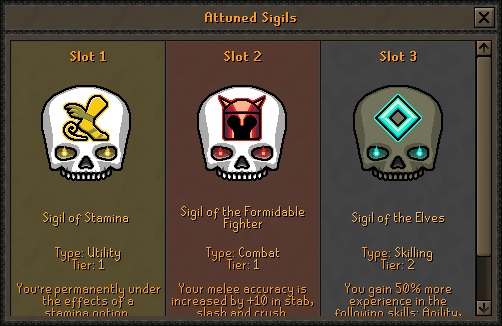 Interestingly, Deadman Reborn allows these Sigils to be traded on either the Grand Exchange or in personal trades for OSRS gold. They can be earned as drops from NPCs although the specific drop rates are still being figured out.

In the last Deadman mode, many quests were automatically unlocked to help speed up player progression. However, in Deadman Reborn, Old School RuneScape players will have to progress through the combat level brackets instead. Each bracket has specific quest requirements tied to it that are unlocked once you advance.

These quests are unlocked immediately. More can be unlocked by progressing through each combat level world

Naturally, those who aim to stay in a lower bracket can still complete quests the traditional way. Also, some key quests like Recipe for Disaster, will still have the majority of their requirements remain locked regardless of what combat level world you are in.