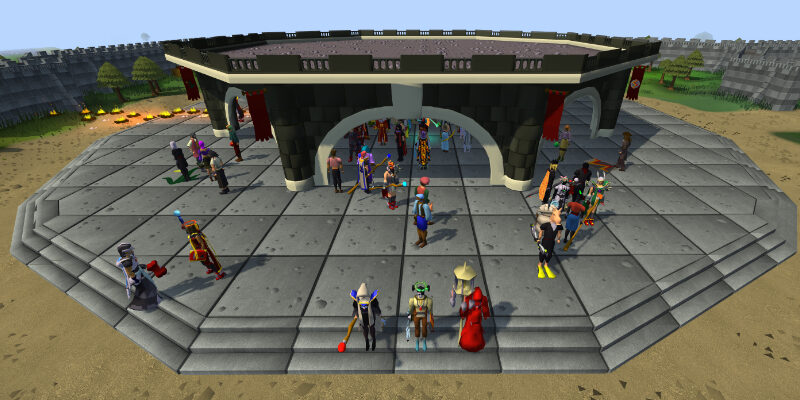 In a new developer blog, Jagex Studios has proposed an economy rework for Old School RuneScape. The popular retro MMORPG currently suffers from having a declining economy. This is because OS RuneScape lacks either a reliable item sink, or a gold sink, to remove wealth from the game. It’s this issue that these latest proposals aim to fix.

The first proposal is that the Grand Exchange would have a tax introduced. The Grand Exchange is RuneScape‘s auction house where players can buy tradable items from one another. Implementing a sales tax on all transactions would greatly increase the amount of gold leaving the economy. Items would be taxed at just 2% of their value, but this is still a lot considering some items sell for billions of gold.

Speaking of gold sinks in OSRS, what would be better than a literal golden sink? This change would allow players to build a sink made of gold in their Player Owned House. Building the sink would require level 47 Construction, 10 condensed gold, 5 gold leaves, and 5 mahogany planks. These materials would cost in excess of one hundred million gold to buy.

The third method Jagex is using to remove gold relates to bank space. Banks are the primary storage method used by players in Old School Runescape. Currently, there is a hard cap of 816 items that can be stored in a bank. If this proposal was to go through then this would be raised to 1200. Although, acquiring this extra bank space would be very expensive, costing just under 900 million gold. 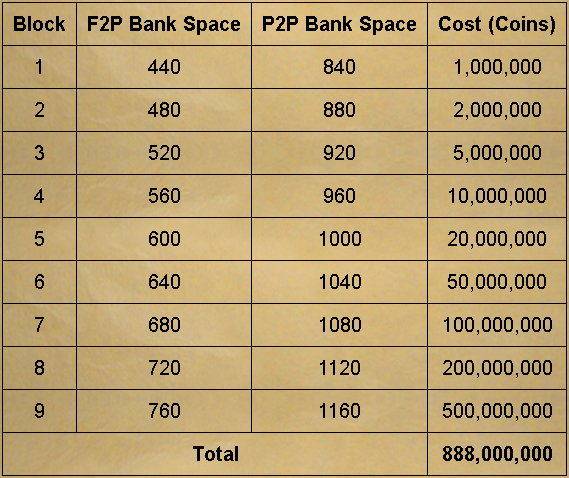 The nine bank storage size upgrades and their respective cost.

While implementing a gold sink into OS RuneScape is important, it means nothing without an equivalent item sink. A new system implemented alongside the Grand Exchange tax would see Jagex itself buying items from players. These items would be purchased through funds raised through taxing. Any items purchased this way would immediately be removed from the game, shortening the supply without lowering demand.

As with all major updates in Old School RuneScape, these changes are not final. A community dictated poll is active in-game that allows players to vote on if these changes should be implemented. They will only be added if at least 75% of voters support the proposal. If this value is not met, then the proposals with either be scrapped or reworked for another poll in the future.