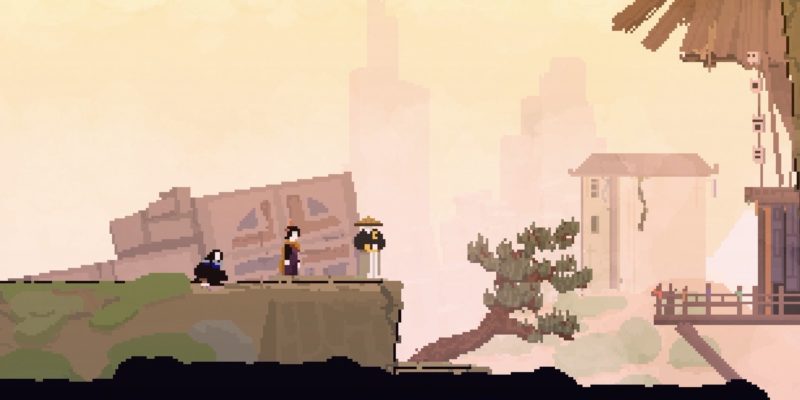 Olija‘s demo level sets the tone that designer Thomas Olsson of Skeleton Crew Studio wants for the upcoming action-adventure game. You start in a dark underbelly of the cruel Rottenwood Clan, lying in fly-infested filth. Lost ones, emaciated figures more zombie than men, follow you around, too weak to even hold their heads up straight. Welcome to Olija.

I’m immediately struck by the pixelated movement. Something small triggers a memory that I can’t quite grasp. It’s the way the hero, Faraday, sits up after being thrown into a cavernous prison. I paused the demo and spend a few minutes wracking my brain. And then it hits me: a 1991 adventure game called Another World (titled Out of This World in the US), which I played when I was young.

Later, when I interviewed Olsson, I asked him what some of his inspirations for Olija were.

“Older adventure games, such as Another World, definitely,” he replied. I was a bit giddy I’d found someone else who’d played the game. It was relatively successful 30 years ago, but you typically have to go delving into niche corners of the internet if you want to discuss it. 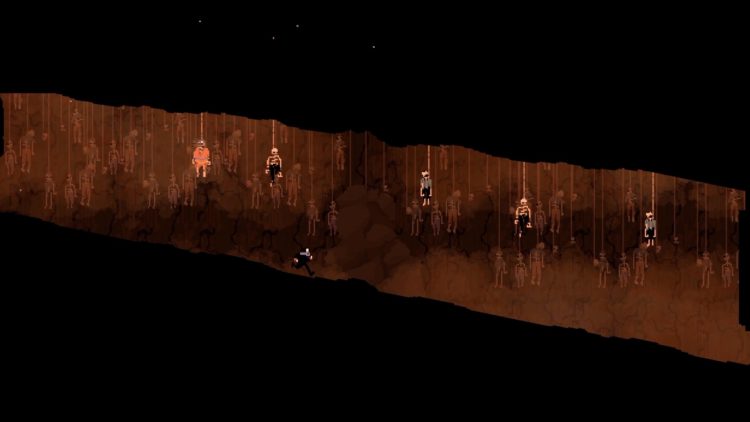 I have to say, Olija pays homage to Another World and its aesthetic quite well. It also captures the fish-out-of-water feeling. The game builds on the thematic legacy of Another World, which itself was inspired by stories of characters visiting strange new worlds, such as Dune and Hyperion. Olija‘s hero, Faraday, was shipwrecked and finds himself at a loss in this unfamiliar land. Everything from the enemy design to the music works together to make a statement to the player: you don’t belong here.

“Depending on the song,” Olsson says of the Olija‘s soundtrack, which he composed himself. “[I want players to] feel unsettled. It’s dynamic and dark.”

The music meshes well with Olija‘s tone. After all, once you make your way past the shambling lost ones, you escape by climbing a stack of decaying corpses. Even the healing fountains aren’t so great. They taste of filth and dirt, the narrator tells you.

Olija‘s gameplay revolves around the harpoon that Faraday carries. It allows the player to fight in melee and traverse the map quickly. You throw the harpoon to something — say, and enemy or a gooey outcropping of black flesh — and then pull yourself forward.

You have other weapons available to you as well. There is a sword that is good for fighting a multitude of enemies at once, since it deals less damage but swings faster, but I  found myself favoring the harpoon. You can get your hands on a crossbow in the demo which is useful against the boss fight.. And in the full game, you will have access to other weapons such as a rapier, a rifle, and a magical sword. 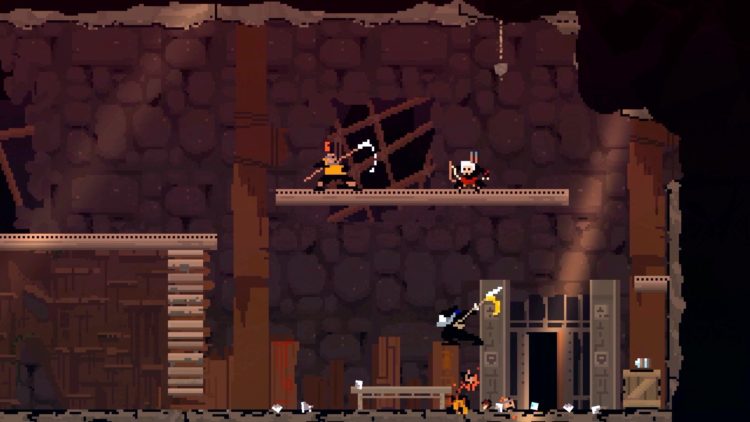 Olija‘s combat is fast and fluid. With the harpoon, you have the choice to determine where you want to fight. I found myself frequently pulling myself to ranged enemies to take them out first. By the time I’d eliminated them, the melee enemies were often close enough that I could then turn around and dice them to pieces.

The harpoon can also help you find secrets. I accidentally found one when I threw my harpoon straight up and pulled myself to it. There’s plenty of exploration besides, and I found the levels themselves to be designed well. The environmental art is pretty to look at as you explore, too; it plays into Olija‘s dark, mysterious tone I’ve mentioned previously. 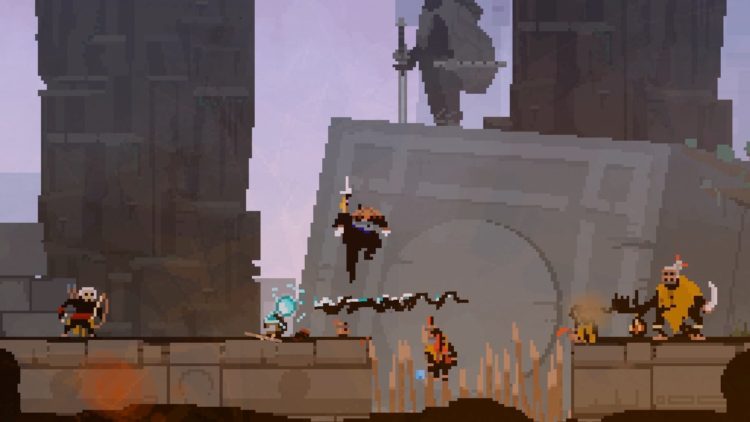 Players can utilize magical hats to customize their builds. Through gathering materials found throughout the game world, players can craft hats to suit their purpose. For example, one hat gives the player life-stealing, while another enables a harpoon throw that spins and hits more enemies as it flies towards its target.

Olsson looked tired as we neared the end of our interview. It was clear that promoting Olija, in addition to developing it mostly on his own, was taking a lot out of him. My final question was how he motivated himself to keep going every day. 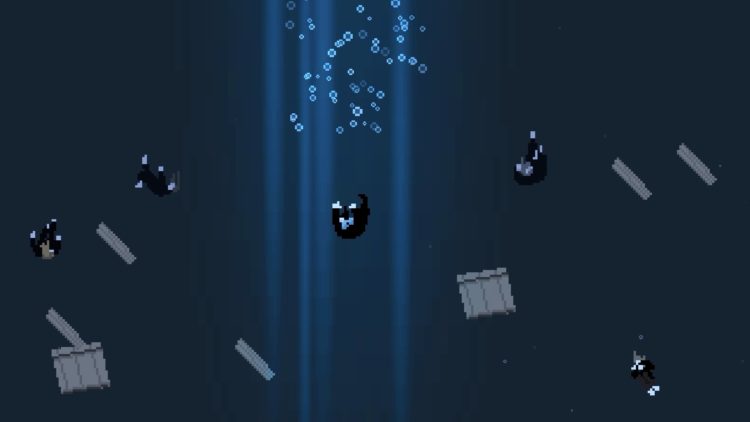 “I’m making the game for me,” Olsson said. It’s a common sentiment among artists. I don’t write for readers, I write for myself. I don’t paint for viewers, I paint for myself. “It’s [been] a very personal project for me through two-and-a-half years of development.”

It’s clear Olsson intends Olija to be something more than a video game. Well-paced gameplay and engaging mechanics aside, it’s striving to be a work of art just as much as a game. I think that’s what appeals to me the most about Olija. The music, the writing, the art, and the gameplay – it’s all working in concert to make you feel in addition to entertaining you.

You can check out Olija‘s demo on Steam. It’s scheduled for release later this year.