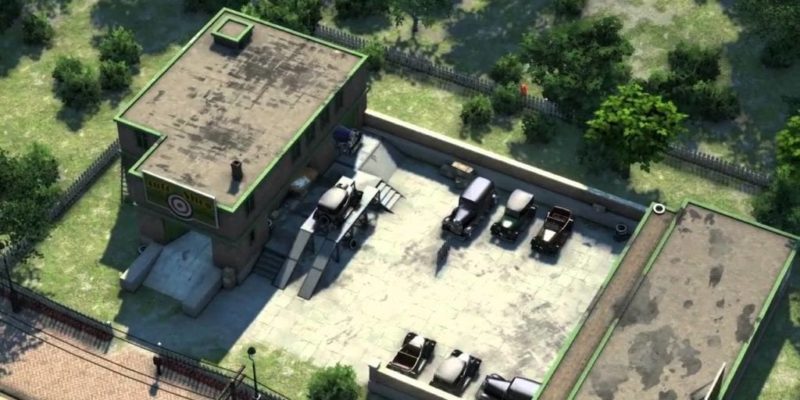 An add-on for Kalypso’s criminal empire builder Omerta: City of Gangsters, titled The Japanese Incentive, has been released for the princely sum of £14.99.

The Japanese Incentive offers a brand new campaign featuring Irish mobsters, the Ku Klux Klan, a mysterious eastern businessman, and “a beautiful Japanese woman”, in addition to a whole host of new features. There are new weapons (including a katana), new henchmen, and a brand new “fire” feature which makes the new flamethrower weapon a wee bit more impressive.

Those who don’t fancy £14.99 aren’t left twiddling their thumbs, though, as this expansion comes alongside a new patch. Other than the usual bug fixes, said patch offers a host of new stuff. I’m having a hard time working out what’s in the patch and what’s exclusive to The Japanese Incentive, but it looks like you’ll get five new buildings for sandbox games (including Private Investigator and Hit Squad), massively improved AI for sandbox games, and some tweaked combat mechanics. It actually look like the fire mechanics and molotovs are added in the patch, but like I said, it’s hard to be sure.

You can have a peek at the trailer for The Japanese Incentive below. If you don’t have Omerta, then you can take a look at Peter’s review. If it sounds like it’s up your crime alley then bear in mind it’s 75% off on Steam this weekend.