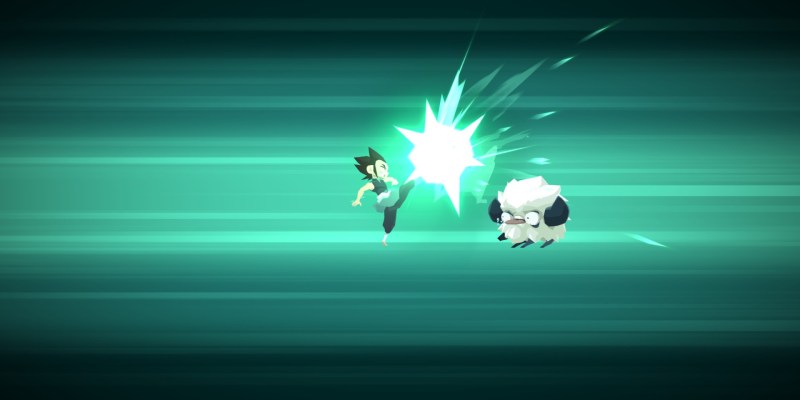 What’s this? Another roguelite deckbuilder that uses Slay the Spire‘s general structure and systems? Who could have possibly foreseen this turn of events? Yes, One More Gate: A Wakfu Legend is very much one of those kinds of games. But it also combines everything with permanent upgrades and a very different presentation to make for a game that’s plenty compelling in its own right. The game is only supposed to be in Early Access for six months, and currently, it only features half of the planned content. But the question stands — is One More Gate worth it in Early Access, or should you wait before putting all your cards on the table?

Unlike every other game of this sort that I can think of, you have an actual character with an appearance and a name. Oropo has allegedly broken something called a Zaap. I don’t know what that is and wasn’t paying enough attention during the opening to recall him breaking anything, but he’s been tasked with restoring it. After being chased down by the owner of a shop due to said Zaap shenanigans, he gets the crap kicked out of him and is forcefully enlisted to her cause.

One More Gate immediately caught my attention due to its presentation. Instead of selecting nodes on a map or clicking a thing here and there, you actually move Oropo throughout areas. You can control him via an analog stick on controller or by simply clicking the screen. Areas actually let you move around, which is where you’ll find containers to open. The interconnected node map is still very much in play, but each location is connected to the world you’re traveling through, so you’ll pick an area’s exit and walk to the next one. It makes things feel quite different. 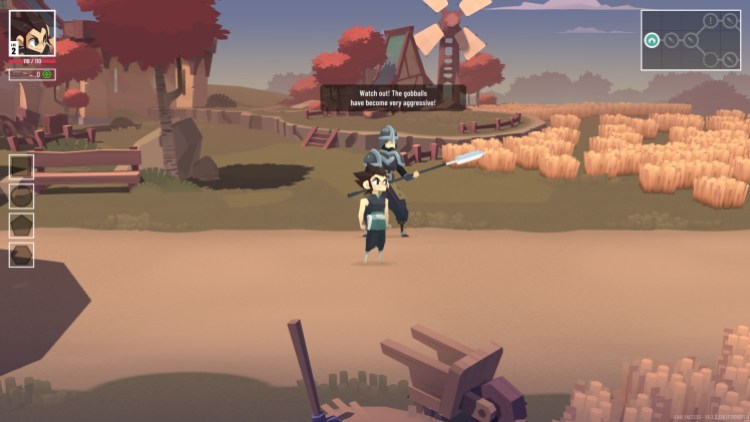 The combat is still mostly the same, though. You get attack and shield cards and use them to deal damage and protect from it, as per usual. But there are some important differences. At the start of a battle, you only have three action points. You then gain a single point each turn until you get to six. If you play a card worth six points in one turn, you’ll use Oropo’s super attack, which resets your action points to three. Or you can just end your turn before you use six points. It’s an interesting setup that requires you to weigh your options.

As you fight enemies and explore, you’ll find three types of currency. Green currency can be spent at shops found by healing bonfires. This currency lets you temporarily upgrade your cards or buy new ones for the run. But coins and blue currency are permanent, however. Coins permanently add cards to your deck, while blue currency is used to permanently upgrade your cards. That means you’ll quite literally get stronger with each run, which I haven’t seen in one of these before. Naturally, Oropo also levels up, gaining a new card with each level. 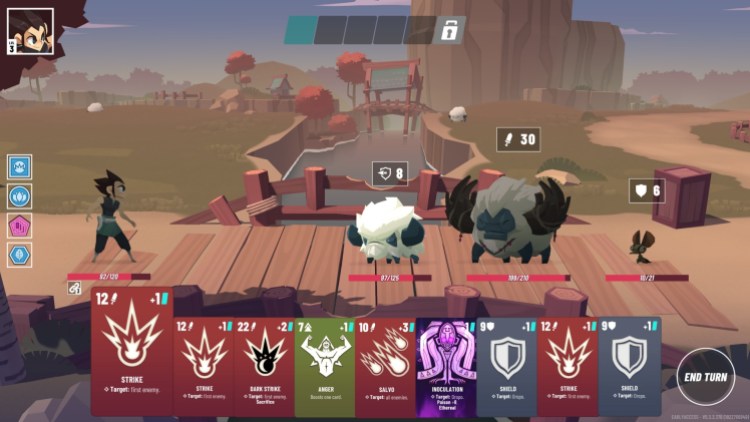 I’m very much enjoying my time with One More Gate. The presentation is quite lovely, and the gameplay loop feels awesome. I like upgrading my cards over a period of runs too, as it’s really satisfying to flatten a once-imposing enemy with your newly-upgraded special attack. The only thing is that, due to the way the game is built, it won’t last nearly as long as the games it imitates, but I’m okay with that. Working towards a goal is just a different experience than purely working with completely fresh runs. As such, I’d say One More Gate is worth it.

Netflix is jumping into the burgeoning cloud gaming industry

A Plague Tale: Requiem — Chapter 5 – In Our Wake guide