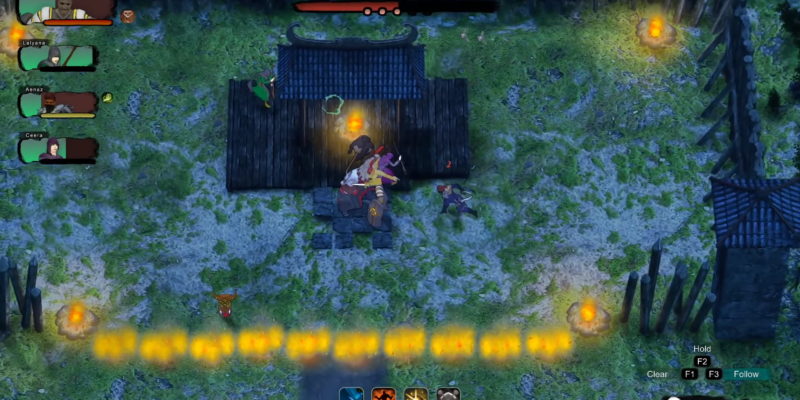 Not everyone is privileged enough to have a support staff of developers behind them when embarking down the path of video game development. Indie developers are usually small teams (if a team at all) who’ve dedicated their lives to their craft. Koi Unleashed is one of those projects, developed by a single-person studio and launching on Steam in April.

Time to party up

Wild Grip, the developer of Koi Unleashed, took to Reddit to announce Koi Unleashed and provide some backstory. They describe it as a “Party-Based ARPG inspired by Japanese Folklore.” Taking one glance at the animations and environments, it certainly seems like Wild Grip has achieved that overall aesthetic. Characters resemble traditional Japanese illustrations, and environments look torn right out of the history books.

In terms of gameplay, there are up to six heroes you can select in-game, each having different abilities and roles. Traditional models, such as Tanks, Healer, and Damage, are part of this makeup. To familiarize yourself with each of the characters, you can run them through the Boss Rush mode, taking on some of the toughest mudders feudal Japan has to offer. This is important as each character has a set of stats and abilities that you can upgrade, including weapon and spell enhancements.

Lastly, it should be noted that Koi Unleashed is a single-player-only experience. Of course, this was one of the first comments seen on the Reddit thread following the game’s announcement.

Find it on Steam

Along with the Reddit announcement, Wild Grip also revealed that Koi Unleashed will release on Steam on April 29. There is no set price listed at this time. However, it’s still available to add to your Steam Wishlist if you’d like to do so. The game will also launch on Itch.io. If you’re fully feeling the game, you can jump over to Twitter and follow Wild Grip for more updates.