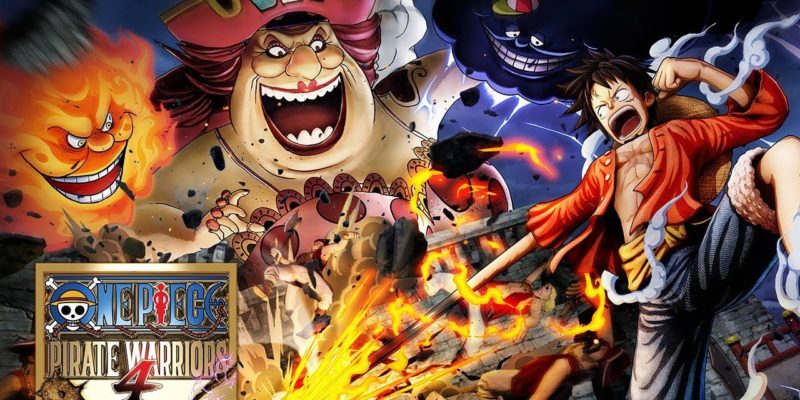 More than four years after its predecessor, it has been confirmed that One Piece: Pirate Warriors 4 is finally coming to PC on March 27, 2020. Along with the release date announcement trailer, Bandai Namco Entertainment has revealed a bunch of exclusive rewards for pre-orders of the game.

In the One Piece: Pirates Warriors 4 release date announcement trailer, we see that the game will tell an original story in the Land of Wano. We have also been told by Bandai Namco that the game will feature an original ending, as the manga is still in ongoing publication. The trailer below will give you a glimpse of the game’s unique story.

The trailer also introduces us to some of the playable characters available in the game. There are expected to be over 40 in total.

Costumes, get your costumes

Players who pre-order One Piece: Pirate Warriors 4 will be rewarded with an early unlock of the Vinsmoke Brothers, Ichiji, Niji, and Yonji. Plus, they will receive two exclusive costumes, which will be revealed at a later date. 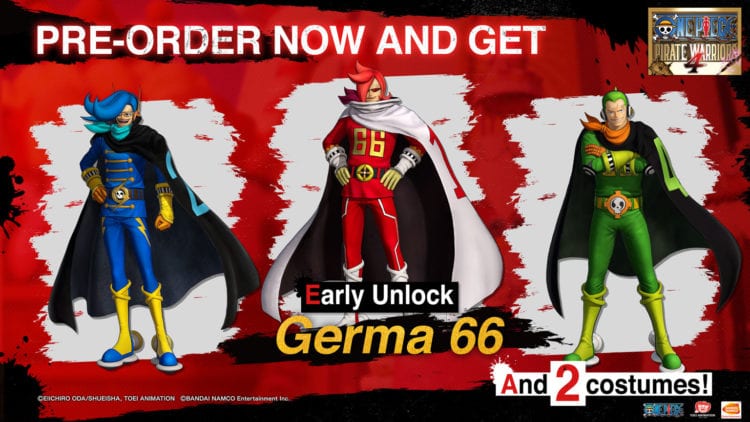 It’s all about capes.

For the most dedicated fans, One Piece: Pirate Warriors 4 will be available for purchase in a special Kaido Edition. This special edition will only be available at select retailers. It will include a diorama portraying the epic clash between Luffy and Kaido.

As a final gift to all players, on launch day you will receive four iconic Wano costumes for characters in-game. The four costumes are Luffytaro for Luffy, Zorojuro for Zoro, Soba Mask for Sanji, and Onami for Nami. 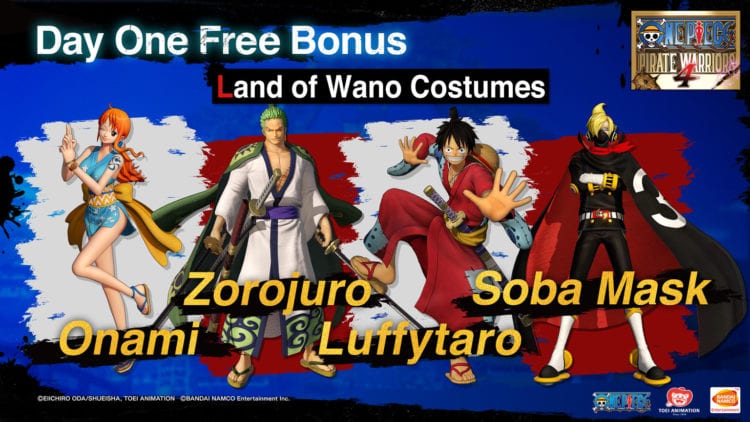 Give your One Piece: Pirate Warriors 4 characters some Wano flair.

One Piece: Pirate Warriors 4 doesn’t have a Steam page as of writing, but pre-ordering the game through Bandai Namco’s website will give you a Steam activation key. So, we can anticipate the Steam page to be coming soon.