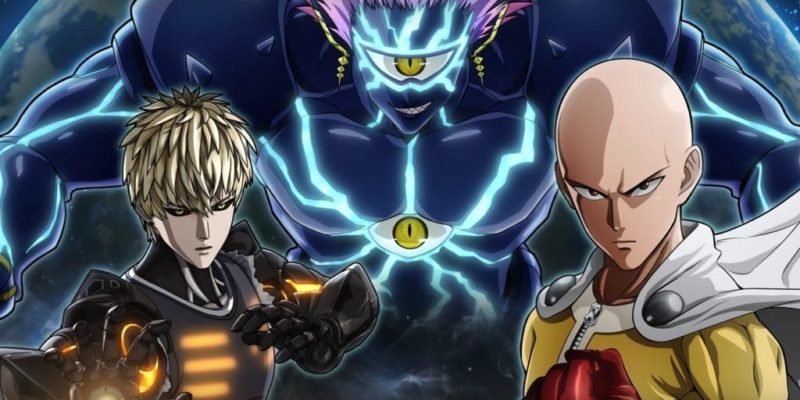 The roster for upcoming fighting game One Punch Man: A Hero Nobody Knows has finally been completed with the latest character reveal trailer. Each of the new characters brings their own… unique flair to the game.

Yes, that man is fighting naked. When powering up, his muscle mass increases, and his clothes get torn up. He needs to get in touch with Hulk and get himself a pair of purple pants. Puri-Puri Prisoner was jailed for his tendency to assault other males (He keeps getting weirder.) and is now the acting leader of a gang of prisoners. He’s also an S-rank hero, so I wouldn’t say any of this to his face.

This One Punch Man: A Hero Nobody Knows character once defeated a snake-type monster. He then made a suit out of its skin and now wears it as a trophy. He’s an A-rank hero with enhanced speed and strength and a regular contender in the Super Fight tournament.

Half man, half crab. This poor guy probably has one of the worst origin stories of all time. He was transformed into the crustacean monstrosity you see today after ingesting too much crab. He was also the first monster to ever cross Saitama’s (the main protagonist) path and opened his eyes to the fact that he could be a hero.

He’s the leader of a group of alien pirates and humbly holds the title of Dominator of the Universe. No subtlety there. Boros scouts the galaxy in search of an opponent who can match his strength. He’s had no luck so far, but the heroes of Earth might be just what he’s looking for.

One Punch Man: A Hero Nobody Knows is coming to PC on February 28, and it is available for preorder on Steam.

The snarky Two Weeks in Painland has just been released