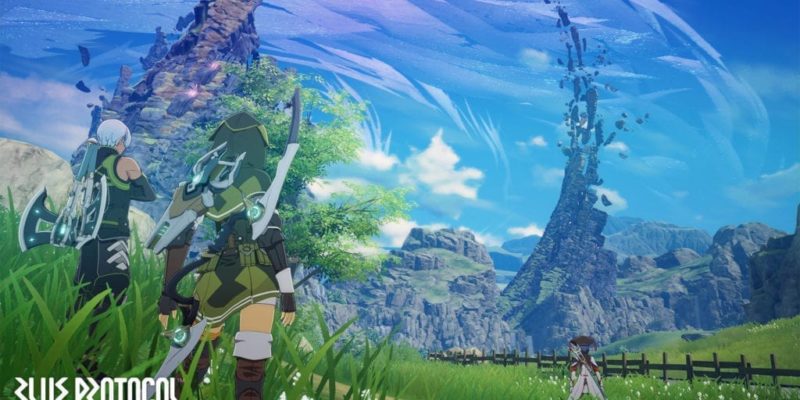 In a press release, Bandai Namco has announced a new online action RPG: Blue Protocol. The game is being developed by their new Project Blue Sky, formed from Bandai Namco Online and Bandai Namco Studios.

Blue Protocol is touted as having “overwhelming graphics, like an anime movie realized in-game.” Accordingly, the screenshot has a color palette reminiscent of the vivid blues and greens found in the 2016 hit anime Your Name. There is also a gigantic, portal-like stone structure that resembles the landscape designs seen in the Xenoblade series. Like the recently announced Bandai Namco title Tales of Arise, Blue Protocol will be using Unreal Engine 4 to realize its graphical ambitions.

The characters appear color-coordinated, suggesting that they operate in a team. They are carrying fantasy weapons, which suggests that melee will be a part of this action title. The subheading for the game also states that you will “march on with friends and strangers, and defeat foes beyond your might,” perhaps suggesting a cooperative PvE play experience.

Although details on Blue Protocol are currently scarce, the company has promised more about this online action RPG in the coming days. 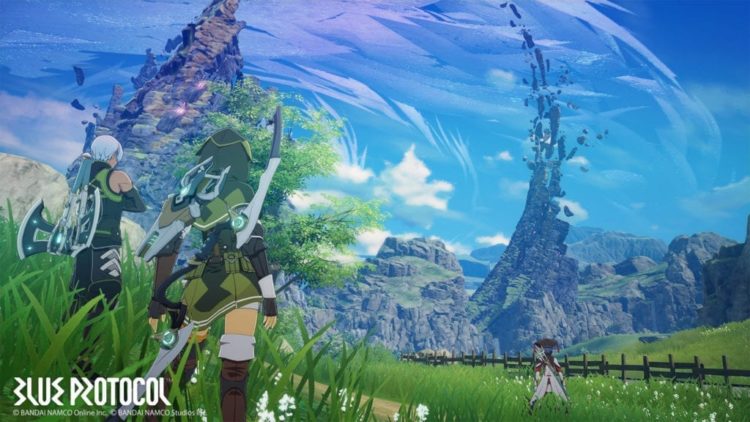 How do you think this new title sounds so far? Will “anime movie”-style visuals prove enough to set Blue Protocol apart from the rest of the pack? Or do such claims hold little weight? And what do you think the gameplay itself will be like? Let us know your thoughts on all this and more in the comments section below.