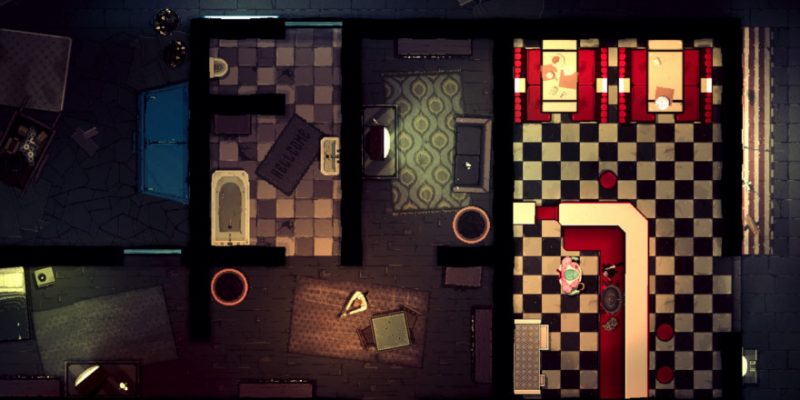 If you want yet another excuse to gun down horrific creatures in a virtual world, then Hell is Others may tickle your fancy. Not to be confused with last year’s Hell is Other Demons, Hell is Others serves as “an online multiplayer survival horror top-down shooter” developed by both Strelka Games and Yonder. Not only does it boast a style resembling that of a typical David Lynch film, but it also has a nifty pixel art aesthetic that makes its world and characters pop. Hell is Others will see a Steam release on October 20, so those looking to get into the Halloween spirit could do a lot worse than check it out.

According to a press release, Hell is Others follows the story of Adam Smithson, a man who lives alone in a small apartment above Century City. He regularly takes care of a bonsai tree that, inconveniently enough, can stay alive only when fed blood, much like every other resident in Century City. This forces Adam to venture out into the creature-infested streets so that he can maintain a steady supply of blood for his peculiar friend.

The gameplay of Hell is Others has you gathering resources and clearing objectives while staying alive in the face of the city’s unsightly horrors. Once you make it back to Adam’s apartment, you can decorate it with various items acquired on the streets, which provide different perks in multiplayer. Additionally, by feeding blood to both the bonsai tree and the apartment’s other houseplants, you can gain access to custom ammunition.

Those looking to try out Hell is Others ahead of the game’s release can go to the Steam page and join the closed beta that lasts from September 2 to September 4. The game will only cost $14.99 USD at launch, but it does not hurt to know in advance what you are getting yourself into.