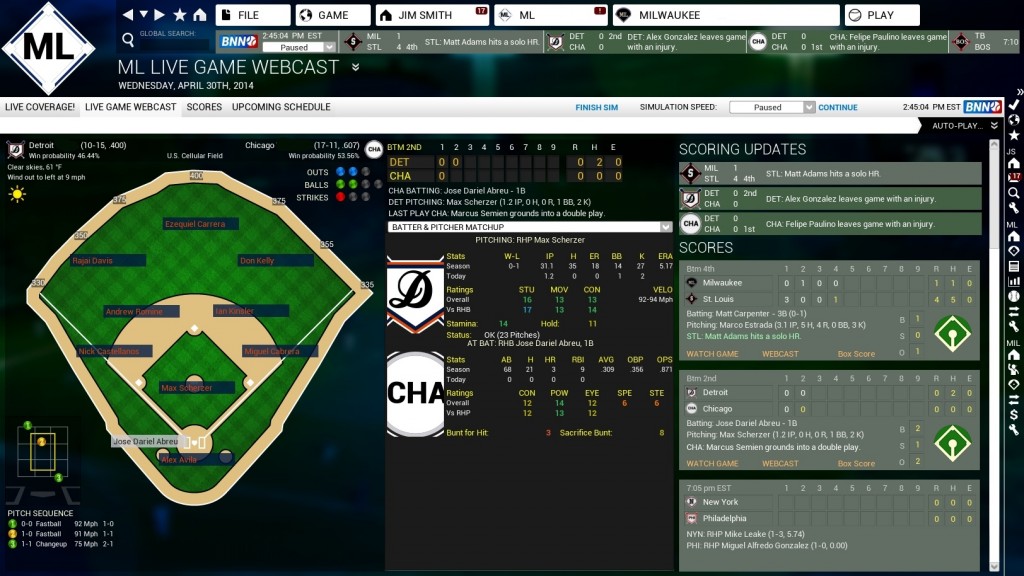 Just to get the disclaimer out of the way, I know absolutely nothing about baseball beyond some of the basic rules of the game. The people who coded Out of the Park Baseball 15 (OOTP 15) however, know a whole lot more.

In honour of the opening day of the World Series between the San Francisco Giants and the Kansas City Royals, baseball management sim OOTP 15 is 50% off on Steam. That makes it $20.00 USD.

As far as I can tell, OOTP 15 is the baseball equivalent of Football Manager. And just as incomprehensible for people who aren’t immersed in the sport. I played the same company’s Ice Hockey management sim title once, and got quite confused due to my utter lack of ice hockey knowledge.

Anyway, Out of the Park Developments have also used the statistics and match simulation aspects of OOTP 15 to predict the World Series outcome. In short, they think it’s going to be close. In five simulations, the Royals came out as narrow winners three times, with the Giants triumphing the other two.

There’s some fearsomely in-depth statistical analysis in the linked article too, if you can handle that sort of thing.

“We expect this World Series will be an exciting one, so what better way to celebrate than by putting OOTP on sale?,” says creator Markus Heinsohn.