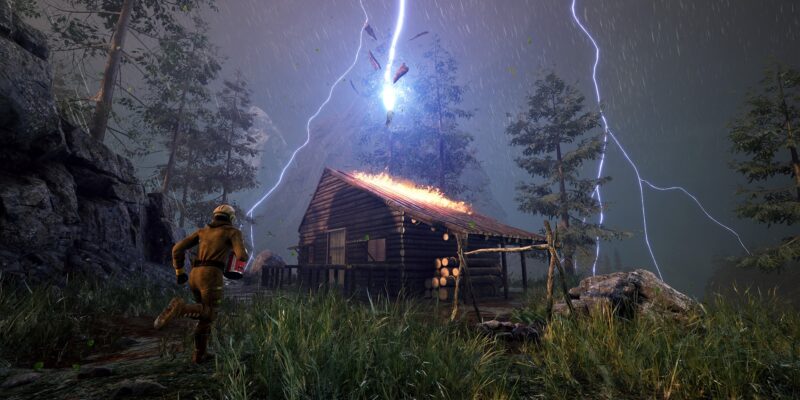 There are six planned weekends where those who pre-ordered the game can test out the game. Each new open beta weekend will launch with new biomes and features until the game’s full release in November.

Icarus is a PvE survival game for up to eight co-op players. Survival games are all the rage these days, with each one accomplishing something a little different. Icarus thrusts players into an Earth-like world, with tons of threatening elements along the way. Icarus will have many features present in other survival games, like crafting and exploring. One big twist is in your ultimate goal: players will have a limited time to escape the familiar planet. Should players fail to escape in time, their progress and technology will be lost and wiped.

The first open beta weekend will launch with the Forest biome, with an introduction to the world of Icarus. Players will be able to test out the core mechanics of the game during this weekend, such as building and crafting. The following weeks will then follow up with other biomes, like an Arctic biome or a Desert biome. RocketWerkz released a roadmap of the upcoming open beta weekends, showing the respective biome or feature that each weekend will unlock. You can check out the exact order below.

You can pre-order the game anytime in August to access the open beta. The game is currently on sale for $26.99 USD, down from $29.99 USD, so now’s a good time to pre-order if you’re on the fence. 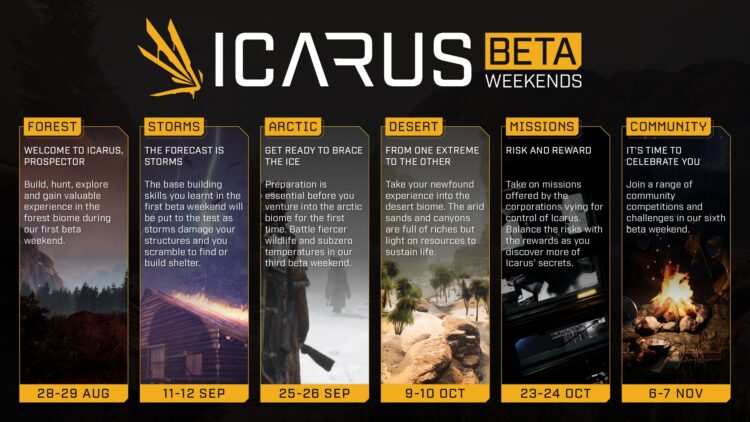 Here are the six open beta weekends we can expect.