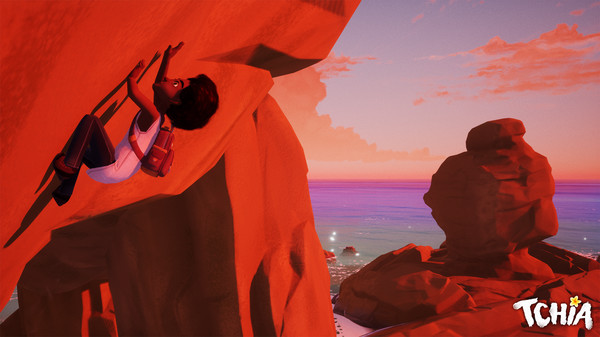 We all wonder what it would be like to experience the world from the perspective of other creatures. And there are plenty of games that make this happen. Tchia, an open-world adventure about taking control of animals, has gotten a brand new trailer during the PlayStation Showcase 2021. It’s got my curiosity piqued to delve deeper into the game with my own hands. The game is proudly inspired by the culture and views of the archipelago New Caledonia. It’s being both developed and published by Awaceb, which is located in New Caledonia, so we can be sure that this is an authentic experience.

Tchia tells the story of the title character, a young girl able to take control of animals. The game sees her using this ability to solve puzzles and explore. She can take control of animals on the ground, in the air, and even the sea, so there’s sure to be a lot of variety to the gameplay. Additionally, the game has a free-climbing mechanic that allows her to make her way across many of the game’s environments on her own. When I was a kid, I mostly stayed inside and played video games by myself. You think you’re better than me, Tchia? (The answer is, of course, “yes.”)

The trailer below is packed with color and character, as it shows Tchia exploring on foot, sailing on a raft, and using her abilities. We see her take control of a dog and run on the land, as well as shift to a crab, and then under the sea as a turtle. We also get to see a bit of the game’s story, which is fully voiced in the appropriate language instead of being awkwardly dubbed into something else. Gotta love authenticity. There’s no release window listed for Tchia just yet, but you can expect to know more when we do.

Marvel’s Guardians of the Galaxy gets a new story trailer