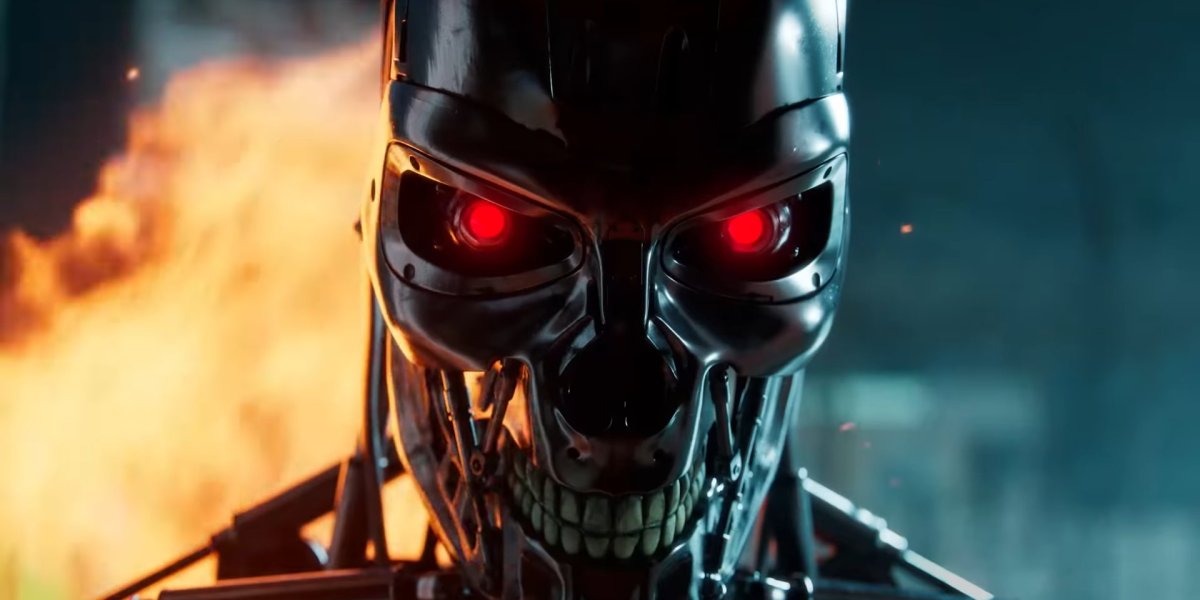 While the Terminator: Resistance team is busy with RoboCop: Rogue City, publisher Nacon has teased another game in the franchise. Tentatively called Terminator Survival Project, the new title is set to be an open-world survival game by Nacon’s Milan Studio. It’s the first time we’ve had a Terminator survival game, as most have been shooters. And sadly, we don’t have a whole lot of information about it yet.

The Terminator survival game only got a brief tease today during the Nacon showcase. In the video, we watch as a T-800 scours a seemingly abandoned warehouse. With a fire raging outside, the Terminator theme thumps away in the background. And, well, that’s about it.

According to the website, the Terminator survival game is set after Judgment Day and before the resistance. For the most part, that players will fight during the most hopeless part of humanity’s war against the machines. Skynet during this time is sending out squads of androids to wipe out the remaining humans who survived nuclear apocalypse. You’ll get to experience this firsthand.

“The game takes place in a post-apocalyptic open world and features an original story that builds on the events of the official films,” reads the game’s description. “You play as a group of nuclear apocalypse survivors fighting to stay alive in a time period between Judgment Day and the creation of John Connor’s resistance.”

The Terminator Survival Game doesn’t have a release window just yet. According to Nacon, it’ll arrive “in the distant future.” That’s promising. The next big movie franchise game from Nacon is RoboCop: Rogue City, coming in 2023. I expect to see the Terminator land afterwards.

According to Nacon Studio Milan’s website, the last game the studio worked on was Rims Racing. The racing sim launched last year to respectable reviews on Metacritic (69% on PC). It’s quite the leap from racer to survival game. Hopefully the developer can see it through.

The Dark Pictures Anthology: The Devil in Me gets a story trailer and fall release window