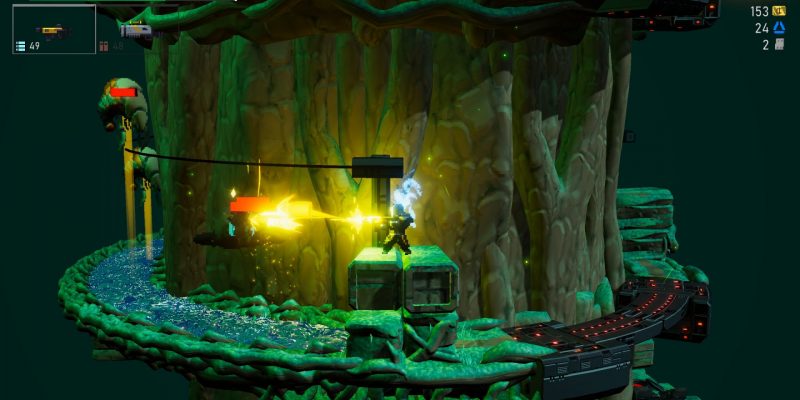 As of late, I’ve been rolling my eyes when new action rogue-lites come out. Another 2D game where you go through the same old motions to eventually be victorious on a run. Despite my fatigue, I took one look at Orbital Bullet and my eyes lit up. This game holds a lot of promise, and I think it’s going to be something quite special. But, since it’s in Early Access and is looking to stay that way for the next year or so, the question stands: is Orbital Bullet worth it?

One of the most immediately noticeable things about Orbital Bullet is its visuals and gameplay space. If you’re already familiar with the term, the game is 360 degrees. If you’re not sure what I mean by that, instead of being set in a 2D or 3D world, it places players on a 2D plane in a 3D space. But the planes actually use the 3D space to loop around. On top of that, the character and enemy models are all sprites. Simply put, I adore the way this game looks. It reminds me of Sonic Xtreme, a canceled Sonic game from the mid-90s that always looked ultra rad to me. Yes, I said, “ultra rad.” In my defense, that game had “xtreme” in its name, so what could be a better fit?

Aside from looking totally awesome, Orbital Bullet plays out much like a typical action rogue-lite. You get one life. If you die, you start over again. Runs are procedurally generated, and you acquire a currency that’s used to add permanent upgrades. All the classic stuff. The game feel is superb, however. The player character runs, shoots, double jumps, and dodges. Unlike many other run-and-gun games, you can actually jump on your enemies to damage them. Guns don’t have infinite ammo, so sometimes you just have to Mario your enemies to death. 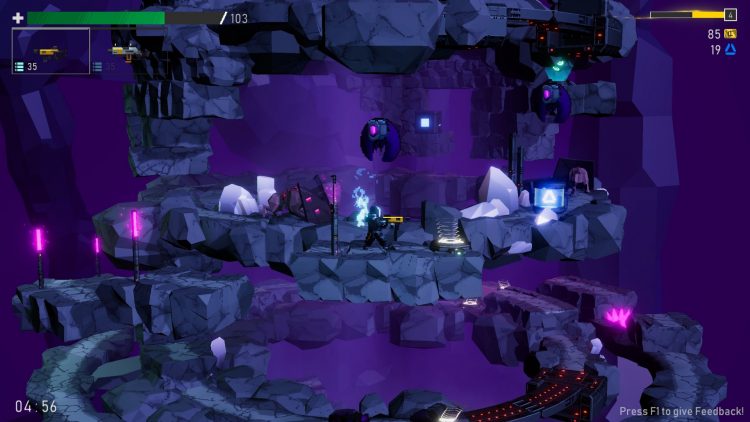 Orbital Bullet‘s style adds several highly compelling wrinkles to the game. Each level is based around you climbing a 3D structure. Each floor has several enemies that need to be dispatched. Upon doing so, you can then jump to the next floor. But each floor can also have different layers you can jump between. Dangerously, certain enemies will actually attack you from other layers, meaning that prioritization is often key. The shooting is especially solid, with a lot of fun weapons to unlock and use. Seeing your shots curve around the world is endlessly neat.

The game also has some familiar RPG elements. Your character levels up and gains skill points with each. But each run’s skill tree is also random, which makes them feel even more unique from one another. There are perks to find, too. Some of the permanent upgrades unlock new capabilities. One of the most important of these is being able to heal on command, as Orbital Bullet can get quite serious rather quickly. It’s a simple, fast-paced game, but the rogue-lite elements blend so very well with the gameplay that I can’t help but want to do another run once I bite the dust.

Currently, there are only three different biomes to choose from, as there’s still a lot of content to add. In other words, Orbital Bullet is quite far from being content complete. But the current asking price is only $13 USD, so I think that’s a fair price for what the game already offers, plus what it’ll add as it continues to develop. Is Orbital Bullet worth it? Definitely, since I haven’t played a new action rogue-lite that I found this delightful in quite some time. 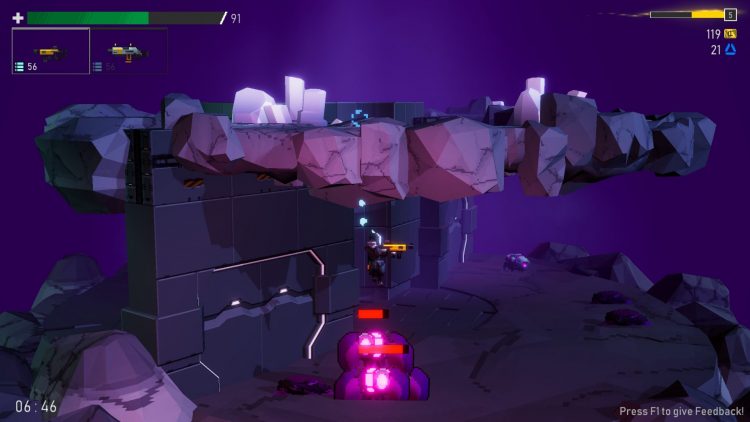