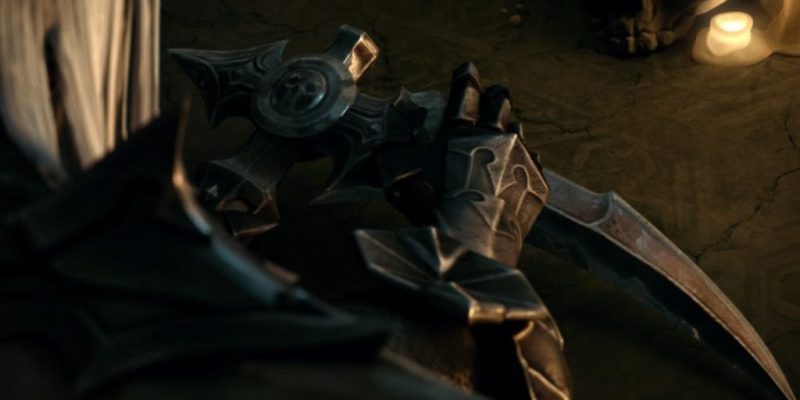 The speculation over what Blizzard has been cooking up for the Diablo franchise is over and there was an abundance of news but all of it was related to Diablo 3.

As expected, Blizzard the revealed of the Necromancer class which is based on the Diablo 2 Necromancer. The class will be released next year as part of a character pack.

The most interesting additions is The Darkening of Tristram. Blizzard is adding a 16 level dungeon to the game based on Diablo 1. All the main bosses from the first game will be making an appearance including the original Diablo.

Pearce also said the best way to experience the new levels is to roll a new character but all the current characters can undertake the challenge.

A patch will appear on the PTR next week for these new levels and more details will be available later today as part of their Diablo 20th anniversary celebrations.

Finally, next year will rel3ase two new zones for Diablo 3, for everyone who has Reaper of Souls. These will be the d Shrouded Moors and Temple of the First Born. These will be released for free.

For more reaction to the news, head to Diabloii.net.

It’s been 20 years since the original heroes of Sanctuary — the Warrior, Rogue, and Sorcerer — first descended into the labyrinth beneath Tristram’s Cathedral. At BlizzCon 2016, the legacy of Diablo lives on! In the coming year, we’ll be celebrating the series’ legacy by releasing a thrilling assortment of updates to the acclaimed action role-playing game.

Diablo III will pay homage to its roots with a special 20th Anniversary Dungeon that will transport players to the dark and gritty labyrinth from the original Diablo. Diablo III also welcomes its newest playable hero—the Necromancer!

20th Anniversary Dungeon: The original Diablo labyrinth is back in Diablo III form.

The Necromancer: Wield the power of the dead with Diablo III’s newest playable hero class.