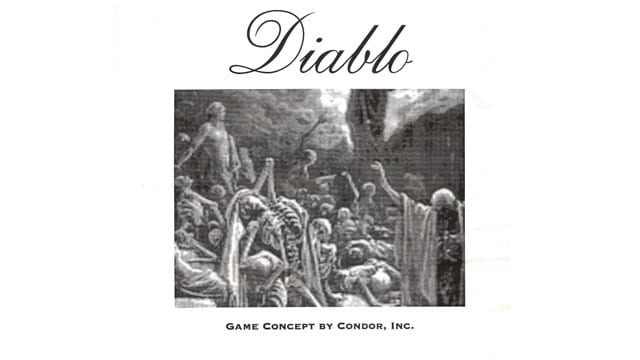 A couple days ago David Brevik talked about the origins of the original Diablo ARPG and how it came into being. Today he released the design document which makes for some interesting reading.

The document includes details on the game’s premise, where it was going to be set, and even looks at a typical game session and how it would work. Here’s a quick snip:

Diablo is a role playing game wherein a player creates a single character and guides him through a dungeon in an attempt to find and destroy ‘Diablo’, the devil himself. All the action takes place in an isometric, three-quarrter perspective, with diamond shaped, square floor spaces. The entire game operated in a turn-based system. Using a mouse, the player moves his character from space to space, exploring corridors and rooms and engaging in combat. The character faces the challenges in the form of hostile monster and traps in his quest to descend deeper into the dungeon,  Many beneficial weapons and magical items can be acquired and used to help on the quest.

Games have come along way since the creation of this document back in 1994 and if you want read more about their plans for Diablo the document is available on David Brevik’s Graybeard games site.