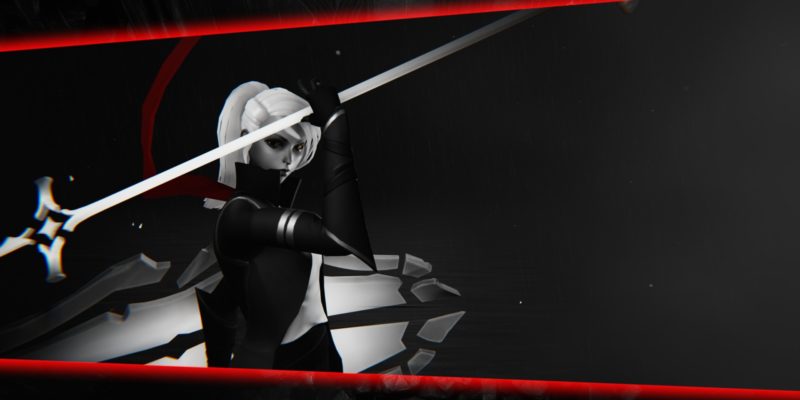 The Shieldbearer is the tank class in Othercide. It’s got the highest max HP, armor, and it’s able to delay enemies with several abilities. Here’s our Shieldbearer class and skills guide to help you out. 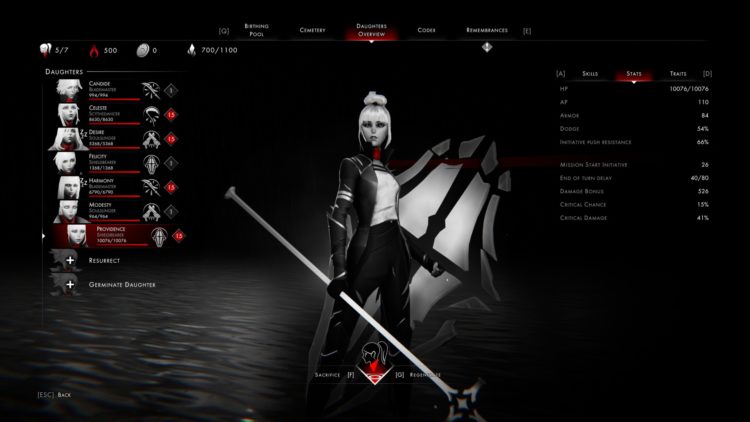 The Shieldbearer starts out with Lunge and Slam. The former is a three-hit combo and the latter does a bit of damage while delaying an enemy’s turn/initiative. It also forces the target to face the Shieldbearer (allowing teammates to go for backstabs). Her remaining skills complement that defensive-oriented playstyle. 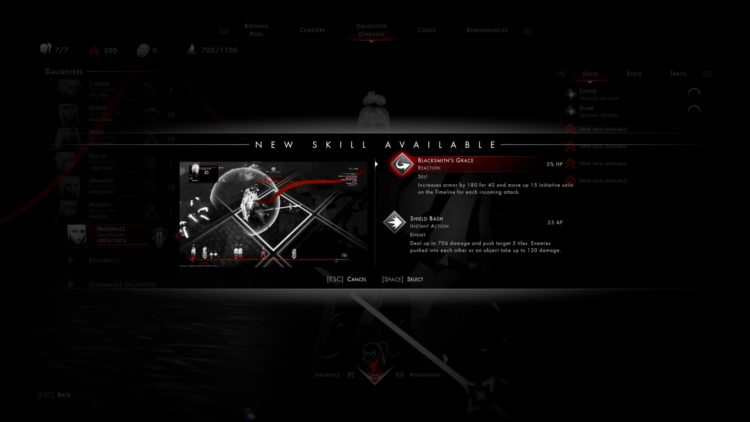 I’m actually a huge fan of Blacksmith’s Grace because of how often it procs. It already increases armor and boosts initiative for every attack done to the Shieldbearer. This allows her to get her turn rather quickly even if she’s in a burst state. In some cases, it could also be used to cheese some bosses such as the Nucleus/Suffering. 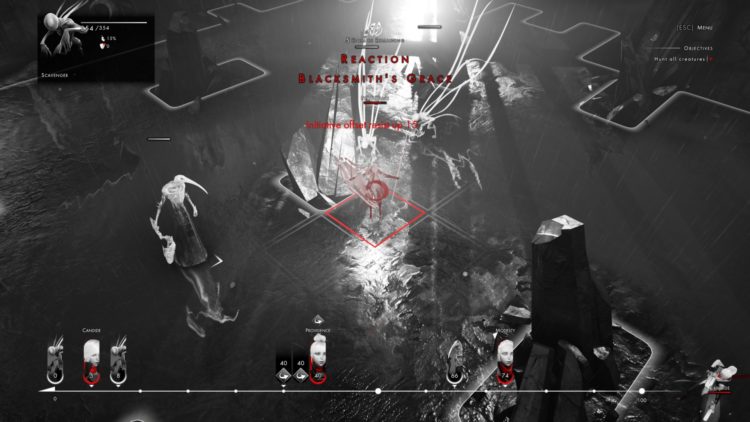 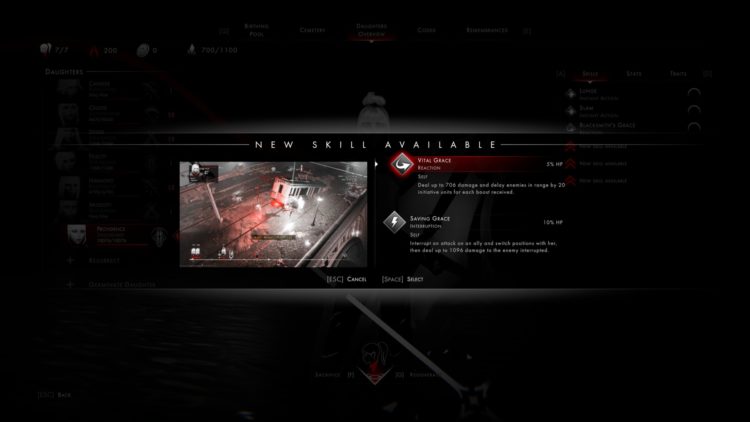 This choice is a toss-up because I really don’t favor either of these. Saving Grace seems decent, but I find it unreliable when fighting bosses (ie. accidentally teleporting your ally right next to a boss who’ll end up doing a vicious melee swipe).

Vital Grace is also okay, but you’re probably using your Soulsinger’s buffs on a Blademaster or Scythedancer instead. Plus, it doesn’t proc whenever the buff from Blacksmith’s Grace is triggered. Lastly, it’s a bit unreliable too since it can only be selected after every couple of turns that the Shieldbearer takes. 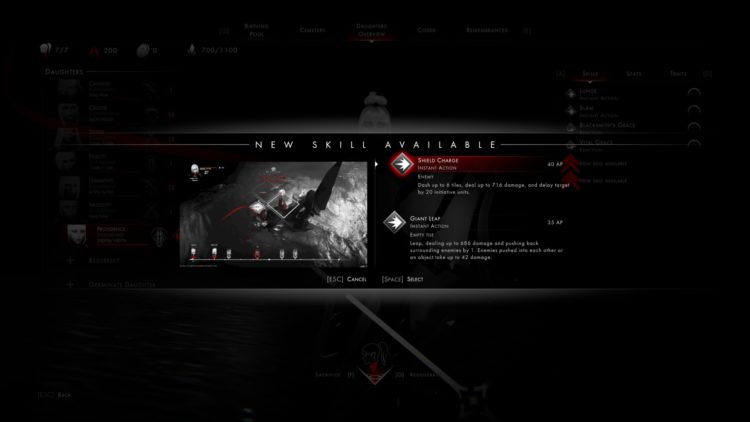 Shield Charge is the ideal choice here, no questions about it. Getting close to an opponent, much like the Blademaster’s Lightning Strike can be very crucial in a fight whether you’re playing aggressively or just trying to get out of an AoE ability. 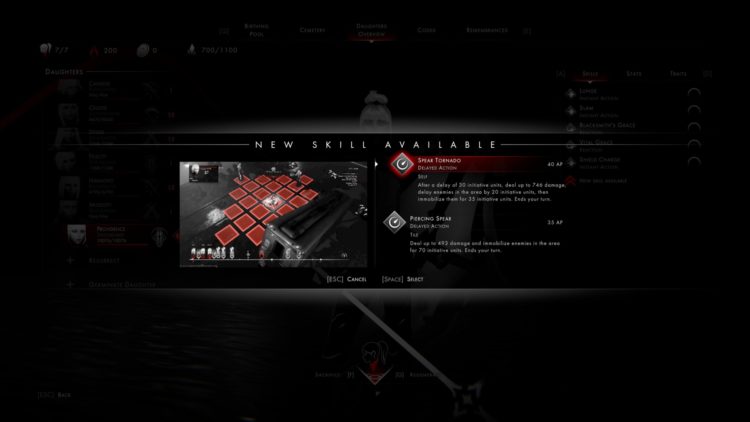 I don’t even know how Piercing Spear works and there’s no reason to find out. That’s because Spear Tornado is actually one of the better abilities in Othercide.

You can pre-cast this skill to fire once enemies get close (and most of them will because they’re tenacious), and you can just watch as they all get damaged and delayed immediately. 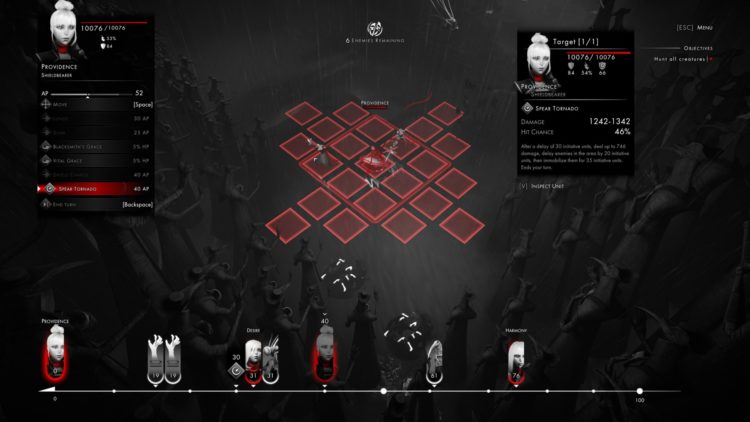 As for the memories or mods you find in Othercide, I chose the ones that add a bit of delay to further complement the Shieldbearer’s skills like Slam (which is your main go-to ability to mess around with enemy turns). Alternatively, you could use memories that rupture armor or those that increase the damage that an enemy can take.

Examples of initiative/delay-affecting memories include: 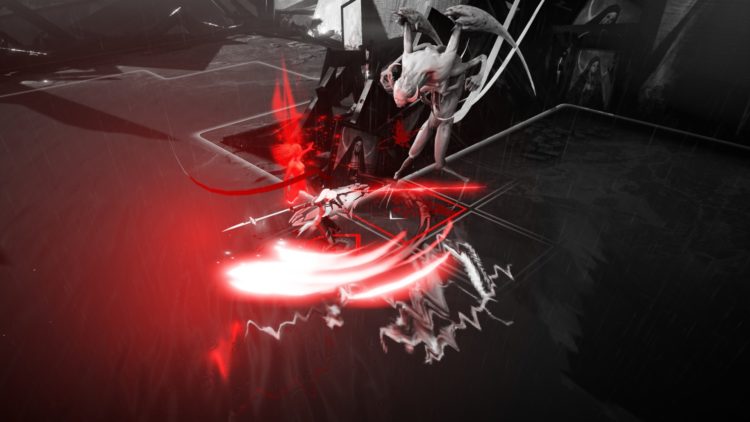